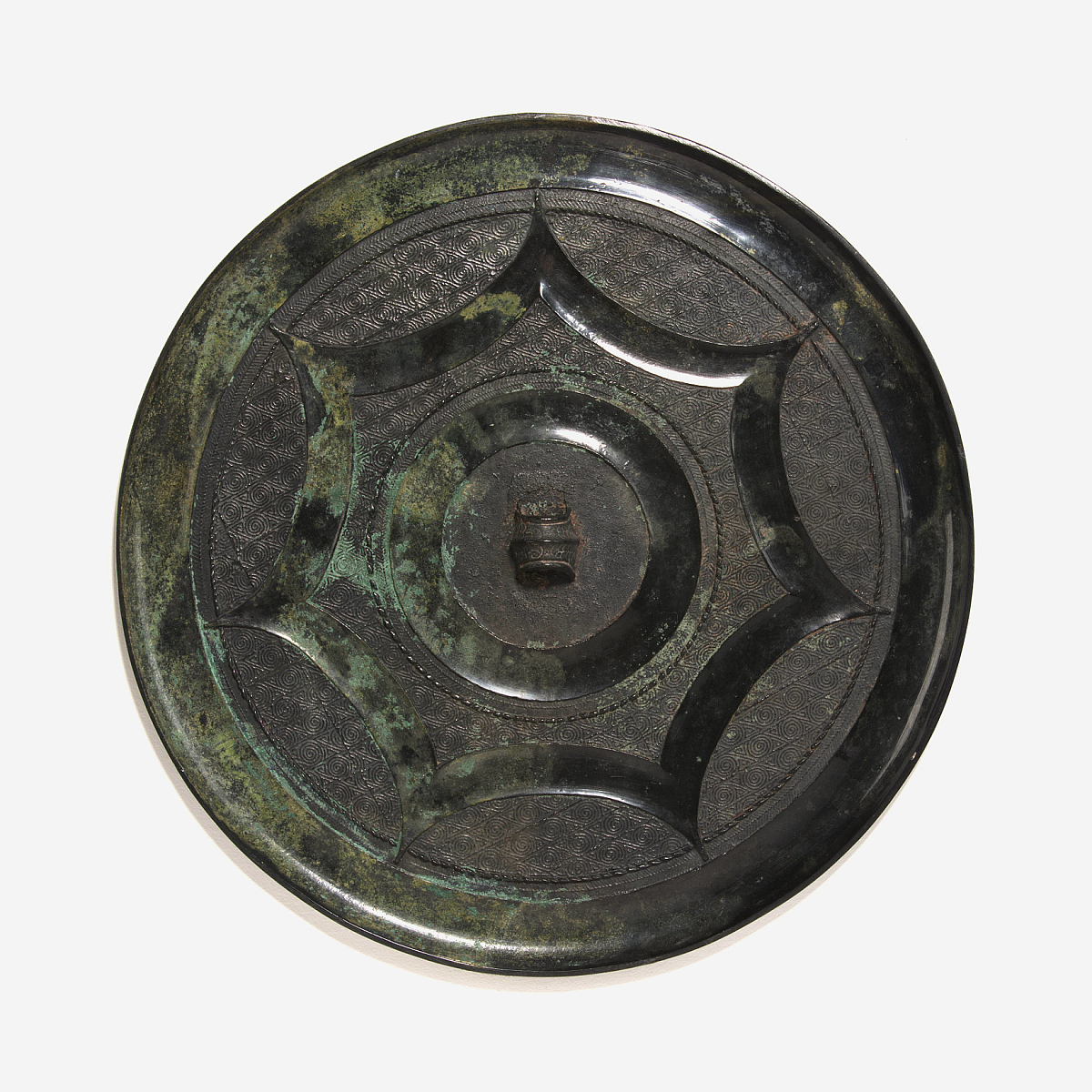 [2] See Tonying & Company’s invoice, dated February 7, 1944, in which the mirror figures under no. B. 156: “Cricular Bronze Mirror, with design of Sun and Sunray; beautiful green patina / Chin,” copy in object file. The acquisition was approved by C. G. Abbot, the Secretary of the Smithsonian Institution, on February 4, 1944, see “List of Objects Contemplated for Purchase by the Freer Gallery of Art,” copy in object file.

The main decorative zone of this mirror contains a design of joined arcs set against a background of fine tracery. Marks from the clay mold in which the mirror was cast are visible around the central boss. Transition lines from the stamps used to produce the mold are visible in the tracery background. 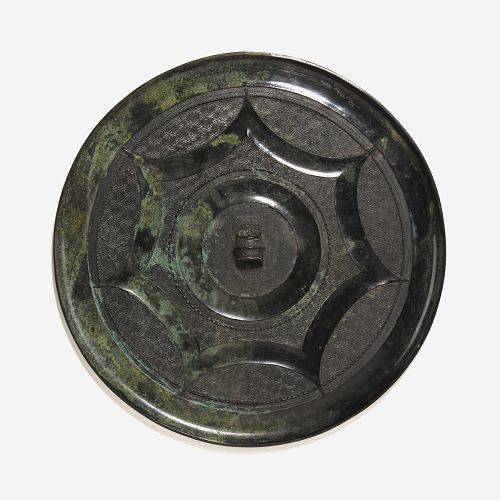