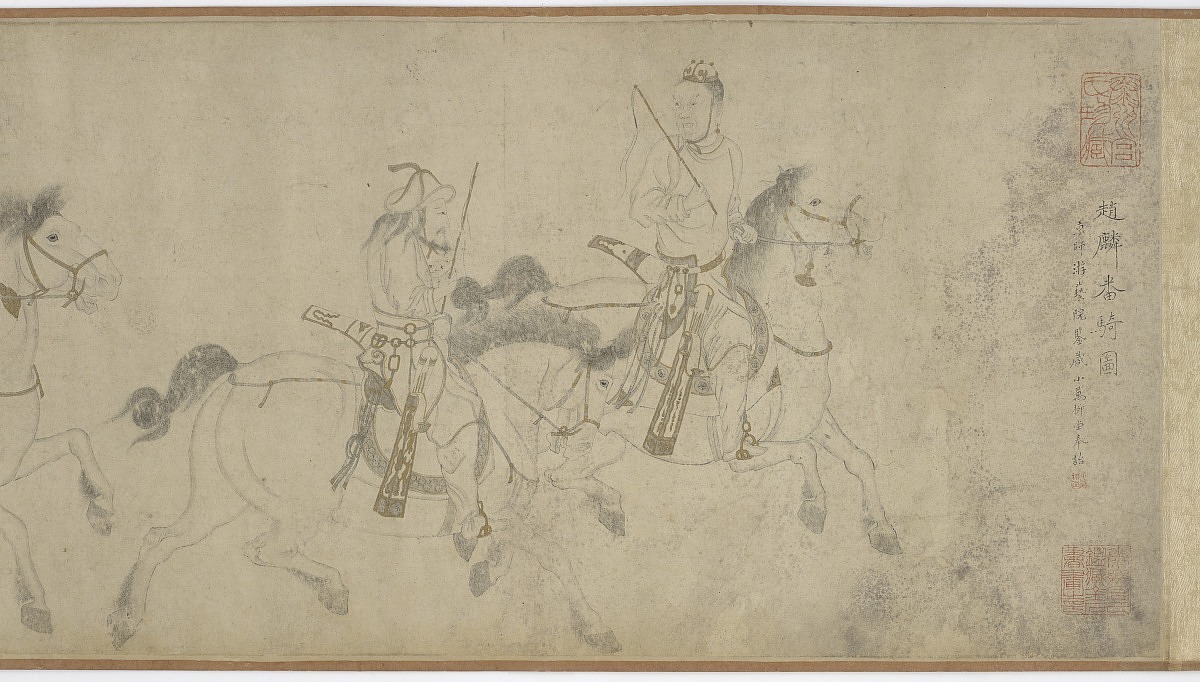 Medium
Ink and gold on paper

[2] See inscription at the right side of the painting, translated as: “Foreign Horsemen, by Zhao Lin. Authenticated and collected at the Entertainment Yards (or Center for the Arts?) in the national capital [Beijing], respectfully presented by Xiaowanliutang.” The inscription is accompanied by the Xiaowanliutang signature and seal. Xiaowanliutang was the studio name of Lian Quan and Wu Zhiying. Two Lian Quan’s and Wu Zhiying’s collector seals are located on the painting. On Gong Ben’ang’s bequest to Lian Quan, see Wenley 1959, p. 352. 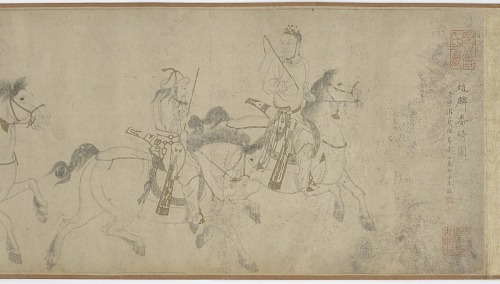