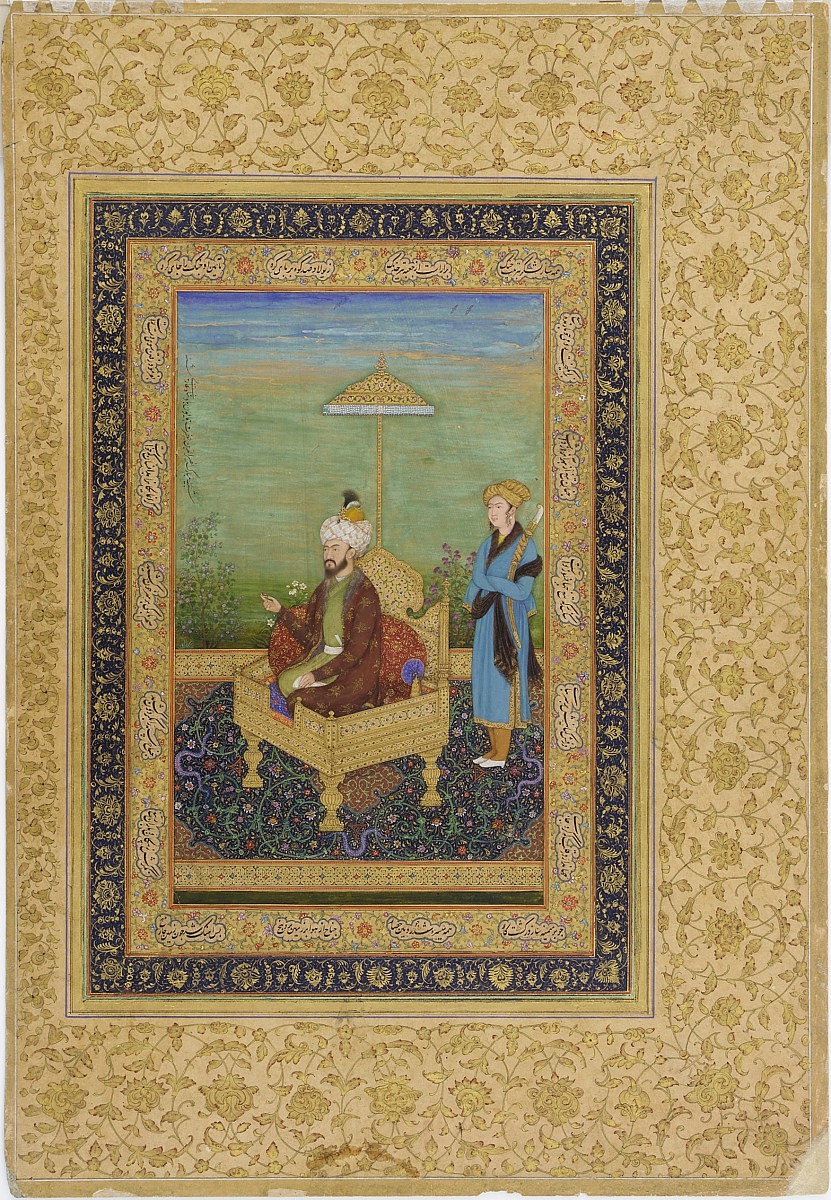 This portrait represents Humayun, the second ruler of the Mughal house, who reigned between 1530 and 1556. According to the inscription on the left, the painting was made in 1610, over one-half of a century after the death of the emperor. Ancestral portraits were popular in the Mughal court and many representations of the founders of the dynasty were made for the imperial albums years after their death.

Humayun's reign was troubled by political disturbances; he was forced to flee from the invading afghans and lived in exile for fifteen years (1540-55). During this time he took refuge in Iran and stayed at the Safavid court in Tabriz. Here he became interested in the works of Iranian painters and invited several artists to join his court. These artists were highly influential in the development of Mughal painting and established the imperial studios when Humayun regained his empire. 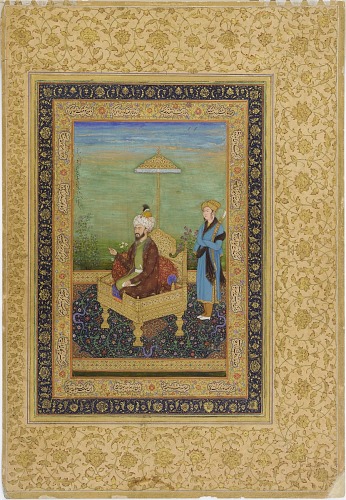 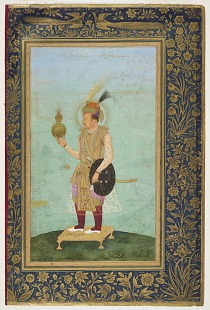 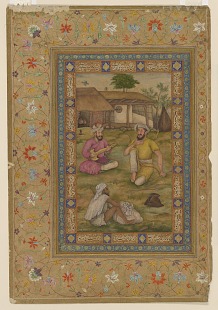 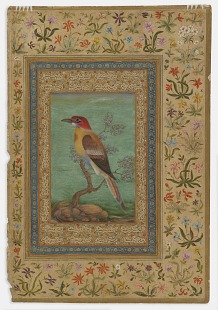 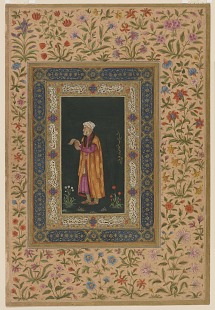 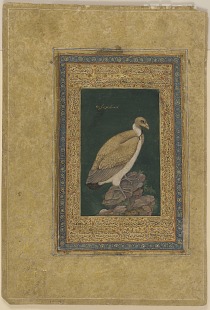 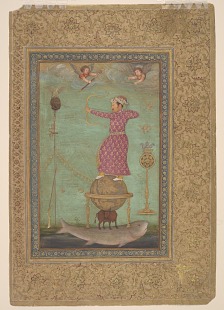 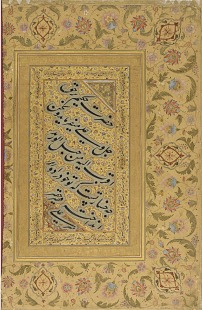 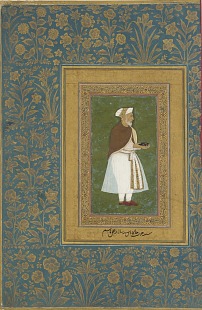 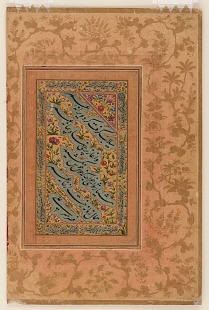 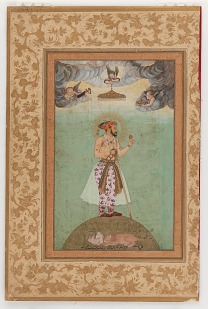 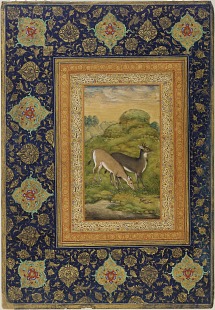 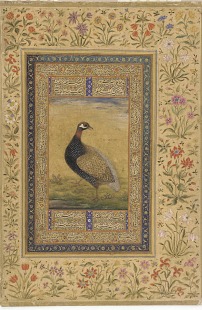 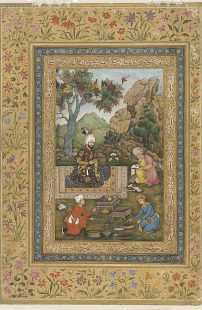 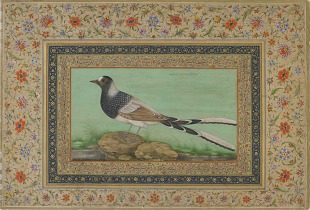 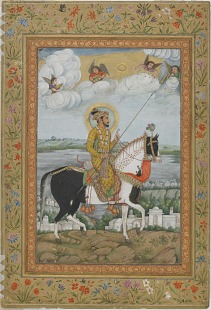