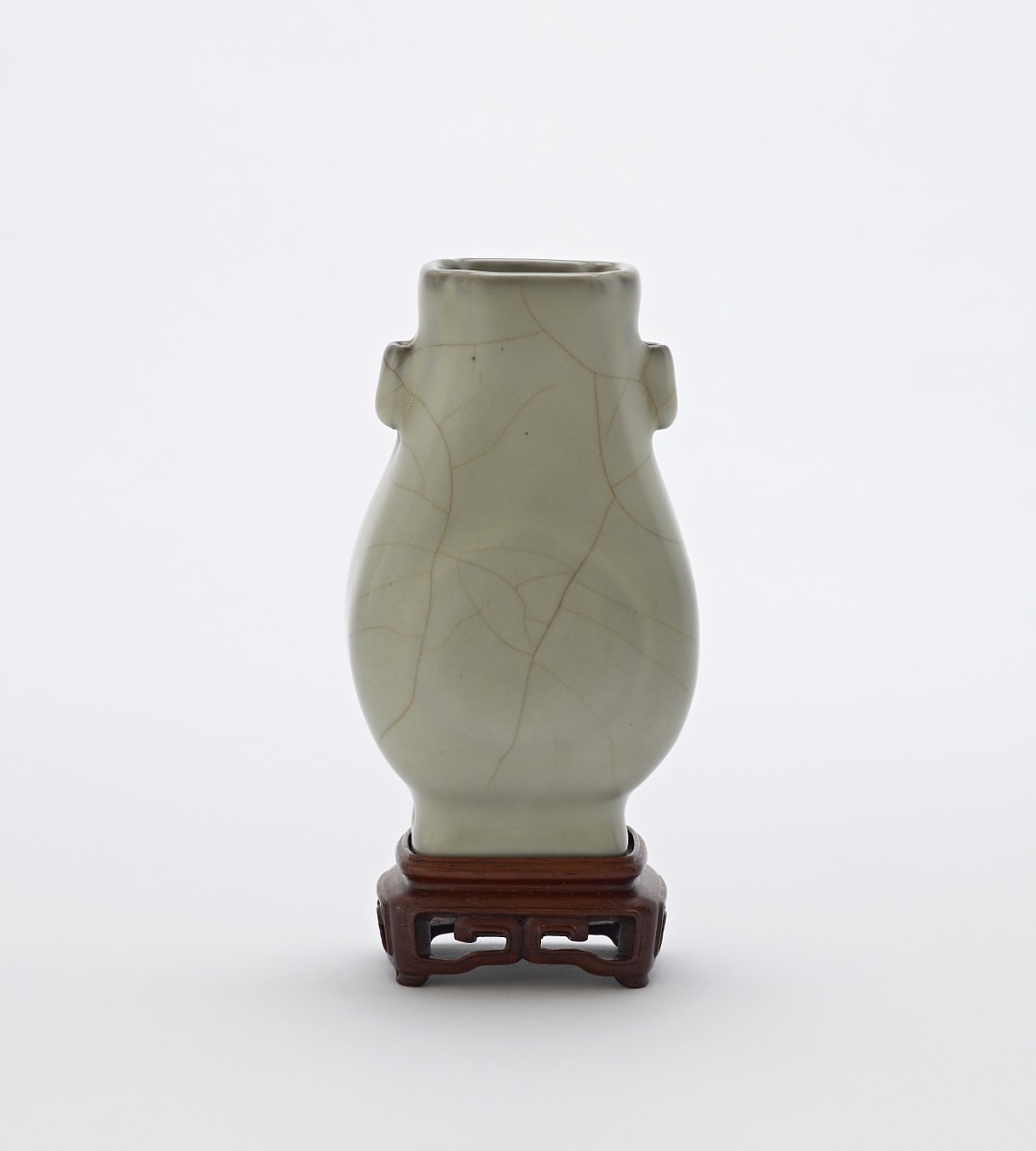 [1] C. T. Loo's Approval Memo, dated February 1, 1937, on C. T. Loo & Company, Chinese Art letterhead, no. F 260: “Kuan Yao small square vase with two small tube handles, very thin crackles on the glaze – SUNG – wooden stand,” copy in object file. There are conflicting accounts regarding the dealer’s source. In 1949, C. T. Loo informed the museum’s director, John Alexander Pope, that this object and F1937.16 belonged to the sister of Puyi (1906-1967), the last emperor of China (1908-1912) and was brought to the United States in the 1930s through Hong Kong, see John Alexander Pope's note, dated to 1949, in object file. Frank Caro, Loo's business associate and later his successor in the company, later contradicted this statement and told John A. Pope that the object belonged to the daughter of Zhang Zuolin (Chang Tso-lin) (1873-1928) and in 1933 was sold by her to T.T. Lee, an agent of Loo, see John A. Pope's note, dated to 1961, in object file. In 1961, Frank Caro was in the process of establishing his own company, Frank Caro Chinese Art. Neither story has been independently verified. 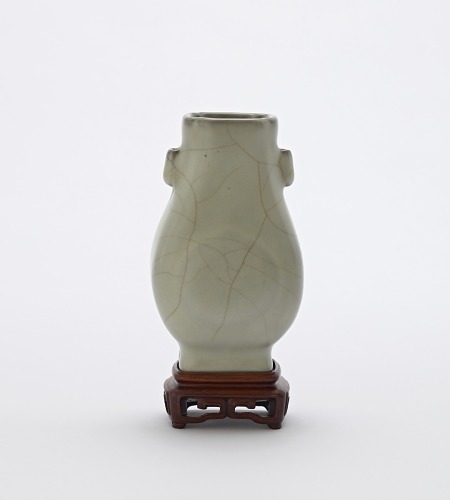