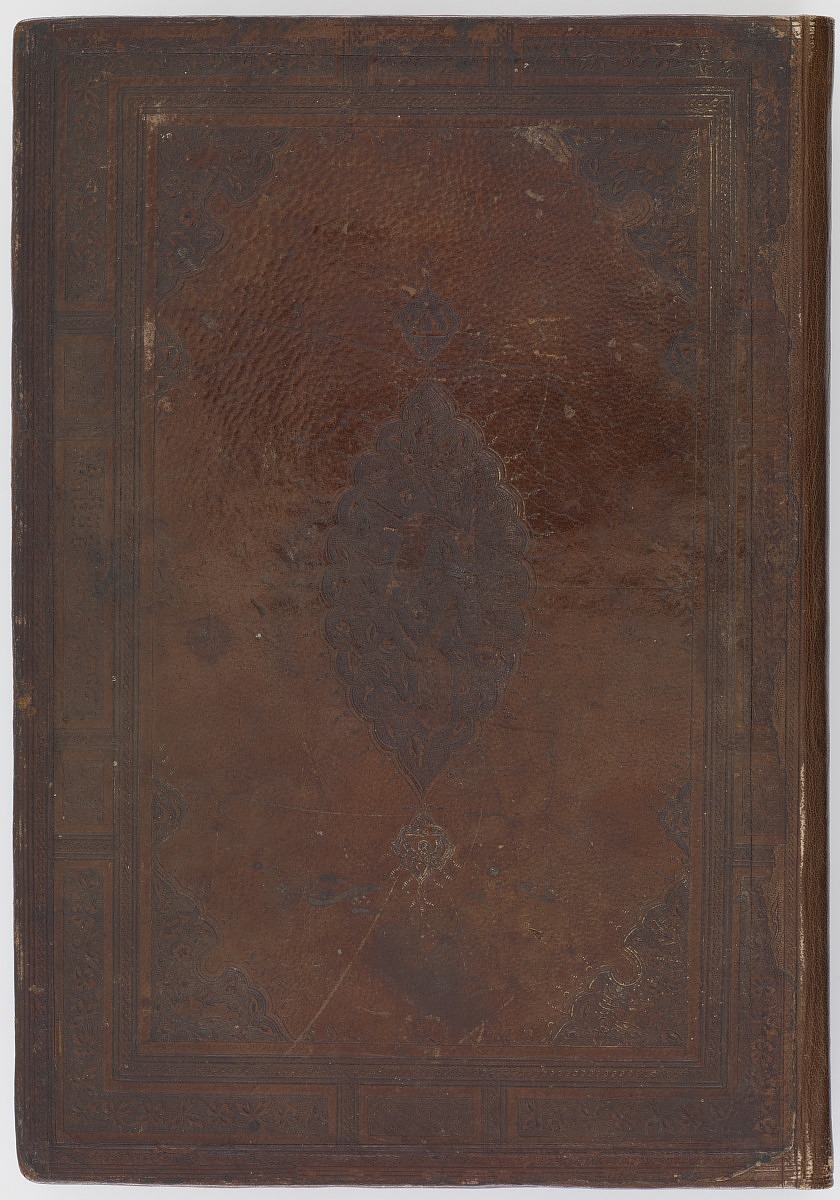 From 1932
The Freer Gallery of Art, purchased from Dr. Jacob Hirsch, New York [3]

[1] See “Miniatures from the Period of Timur in Manuscripts of the Poems of Sultan Ahmad Jalair” [book] (Vienna: printed for the author, 1926), p. 6ff, pls. IX-XI for manuscript and pls. I-VIII for folios. See also p. 27, where Martin recounts buying the manuscript in Constantinople in November 1912. It is unclear when, or to whom, he sold it. Martin was a Swedish diplomat, scholar, collector, art historian and author. Martin documented his journeys in numerous books.

[2] See Laurence Binyon, J.V.S. Wilkinson and Basil Grey, “Persian Miniature Painting: Including a Critical Descriptive catalogue of the Miniatures Exhibited at Burlington House, January-March, 1931” [book] (London: Oxford University Press, 1933), pl. LXXIV p. 63 no. 36. The manuscript is “Lent by Jacob Hirsch, Geneva”, and “The last eight pages have the borders filled with line drawings and touched with gold and light colour. (These were shown separately at the Exhibition, mounted and framed.).” Dr. Jacob Hirsch (1874-1955), was a collector of coins, medals, and classical art, as well as a dealer of archaeological objects. He had an eponymous gallery in New York, as well as businesses in Switzerland and Paris.  See purchase file F1932.29 for J.E. Lodge letter to Dr. J. Hirsch dated April 9, 1932, wherein Lodge writes that he would come to New York to see the manuscript, implying it is already in the U.S. See also January 4, 1932 letter from M. Aga-Oglu, of the Detroit Institute of Arts, to Dr. Hirsch, noting that he had studied the manuscript and was enclosing it, with the miniatures, for return to Hirsch. 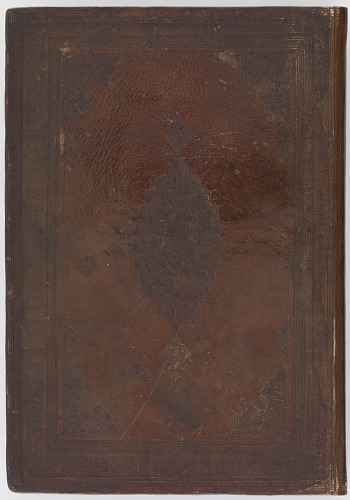 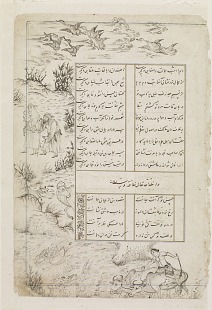 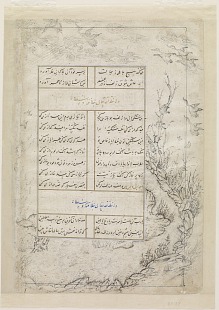 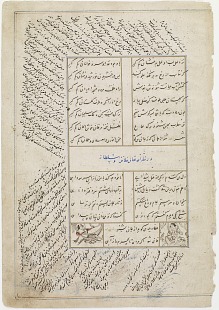 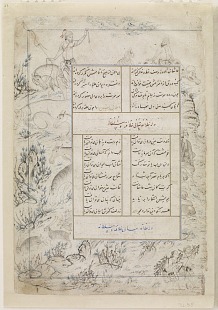 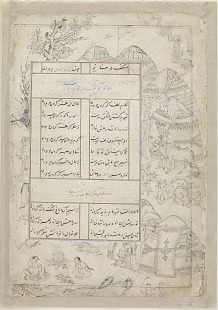 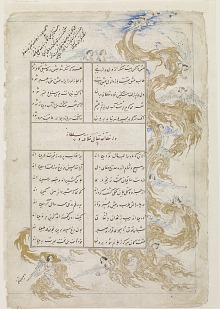 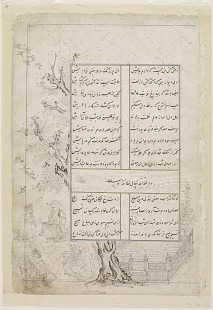 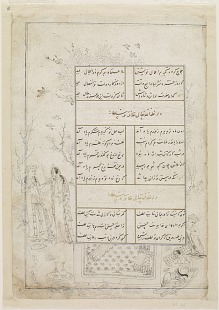