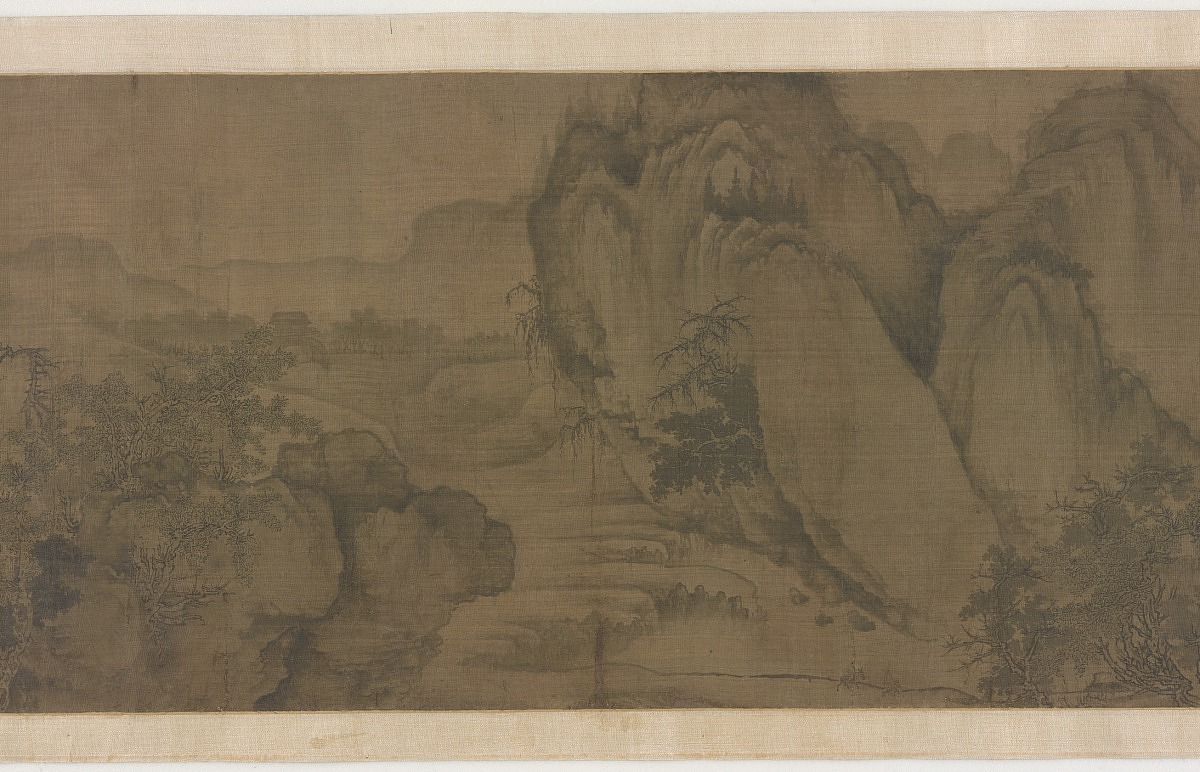 Gou Xi was the leading master of landscape painting during the second half of the eleventh century. He served as an artist in the imperial academy under Emperor Shenzong (reigned 1067-85), where he filled commissions to paint large works for palace rooms and halls. Guo Xi specialized in the detailed style of ink landscape painting developed in the preceding century by Li Cheng (919-967), with whom his name is often linked.

Becoming one of the main currents of Chinese landscape painting, the Li-Guo style is characterized by sharp, animated brushwork in the foreground rendered in subtle gradations of ink--such as the figures, huts, and trees in this work--and the contrasting use in the background of diffuse texture strokes and layered ink washes to achieve a moody, atmospheric richness. Executed in the early twelfth century, this unsigned painting is one of the earliest handscrolls in the Li-Guo style to survive. A follower of Daoism, Guo Xi practiced a kind of meditation before each creation. By painting the idea or mood of a landscape, rather than its physical appearance, he sought to elicit in the viewer the same mental and emotional response that a visit to the actual location might produce. As he once explained:

In the springtime mountains, misty clouds string out forever; one feels happy and glad. In the summer mountains, splendid trees abound in shade; one feels peaceful and content. In the autumn mountains, brightness and clarity quiver and fall; one is serious and solemn. In the winter mountains, darkness and murk cover and enclose; one is quiet and contemplative. Looking at a certain painting puts you in a certain mood, as if you were actually there in those mountains. This is the mood of a painting beyond the scene it depicts. You see a white path in the green mist and think you are traveling it. You see the sunset over a level stream and think you are viewing it. You see the recluse, the guest of the hills, and think you are dwelling there. You see the cliffside cave, the stones of a spring, and think you are roaming there. Looking at a certain painting puts you in a certain state of mind, as if you were actually present in that very place. This is the magic of a painting beyond the mood it imparts." 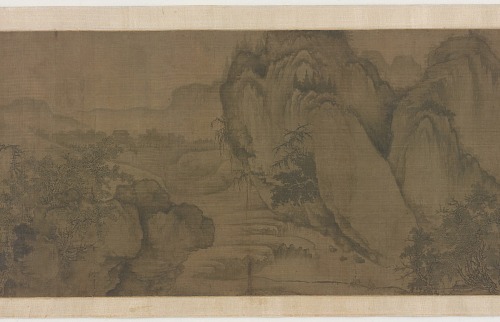