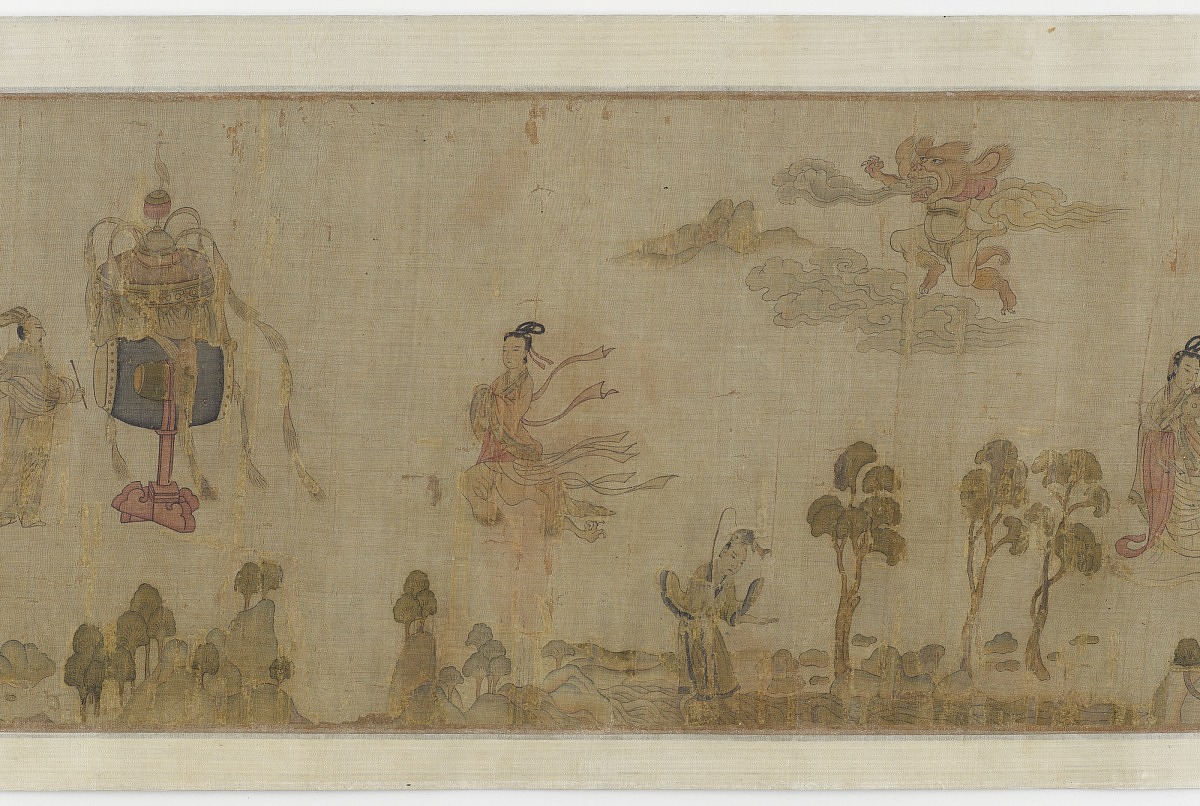 This handscroll illustrates a long rhapsody, or prose-poem (fu), written in 222 C.E. by the poet and prince Cao Zhi (192-232 C.E.), in which he describes his romantic encounter with the nymph, or goddess, of the Luo River in central China.  Slightly less than half the work's original length, this scroll is one of the three important Song copies--the other two are in China in the Palace Museum, Beijing, and the Liaoning Provincial Museum--of an original composition traditionally attributed to the fourth-century pioneering figure Gu Kaizhi.

In this narrative scroll, figures are disproportionately large in relation to the landscape in which stylized elements are little more than stages set for various plots, and represent the beginning in the development of Chinese landscape painting.  In this section, the goddess mounts her dragon-drawn chariot and departs over the waves, attended by a retinue of fantastic creatures. 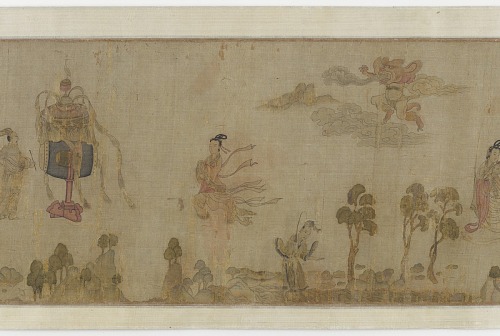