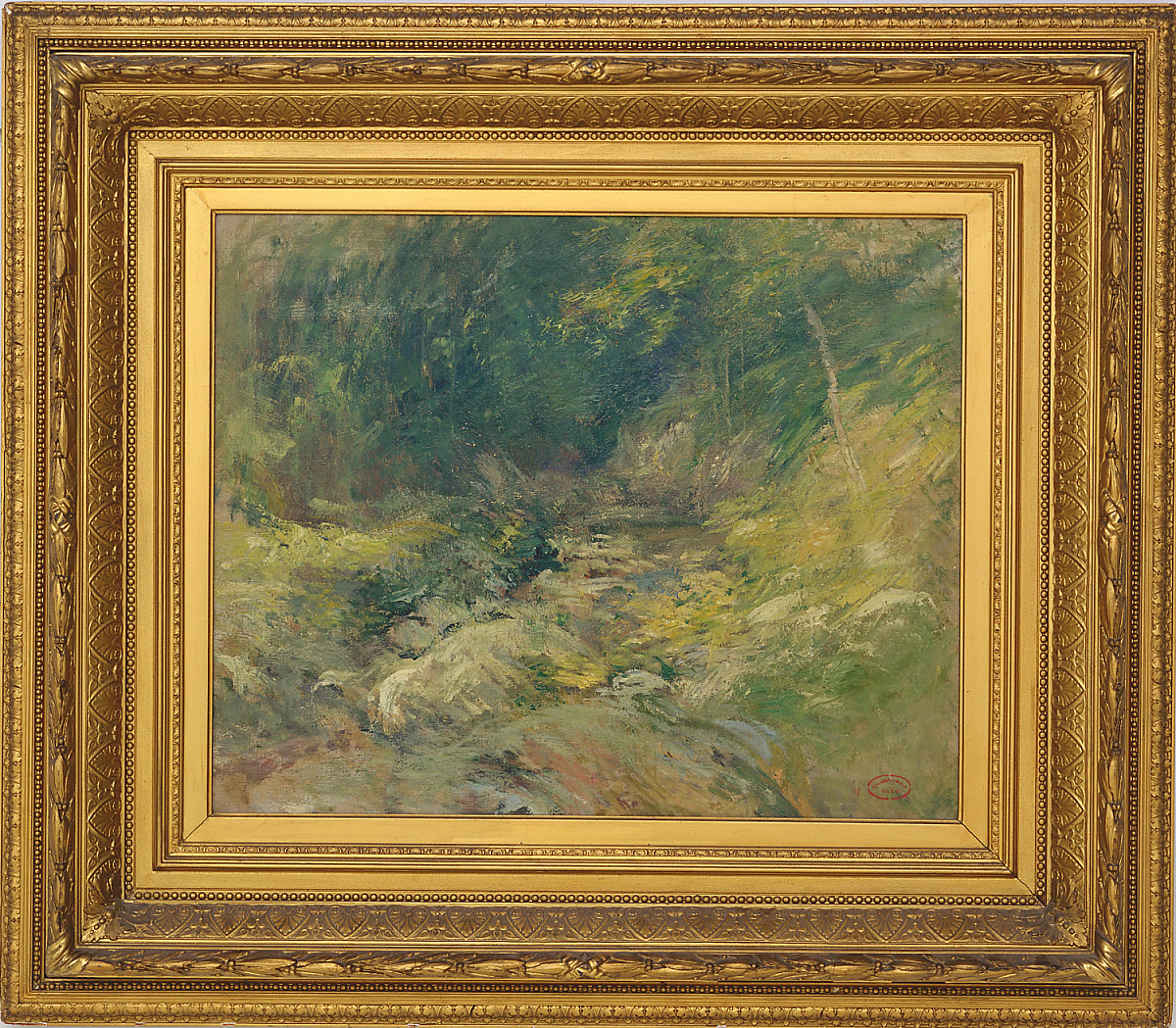 [1] The Freer Fact Sheet notes that the lower right corner of the painting bears a stamp reading "Twachtman Sale." Curatorial Remark 3, S. Hobbs, 1979, in the object record, addresses this stamp: "An explanation for the red stencil 'Twachtman Sale' can be provided by the following excerpt from a letter, Freer to Wilfred & Shaw, May 17, 1917: 'At the time of the artist's death some years ago, the works left in his studio were sold at public auction in New York and the committee in charge prepared a rubber stamp and impressed the same upon each object then sold.'" See also, Provenance Remark 1 in the object record.

[4] See note 2. See also, List of American Paintings Other than by Whistler, A, pg. 10, Freer Gallery of Art and Arthur M. Sackler Gallery Archives. See further, Curatorial Remark 1, in the object record, which records that this painting was purchased from William Macbeth, New York, in April 1913. 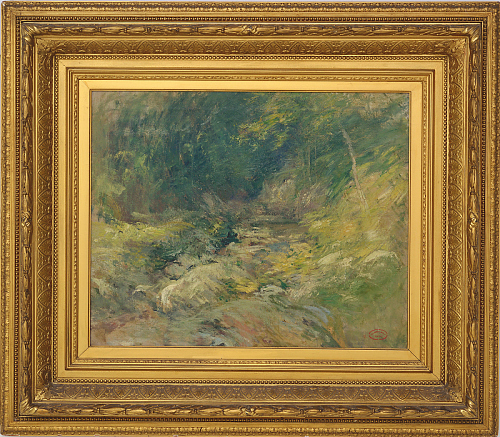