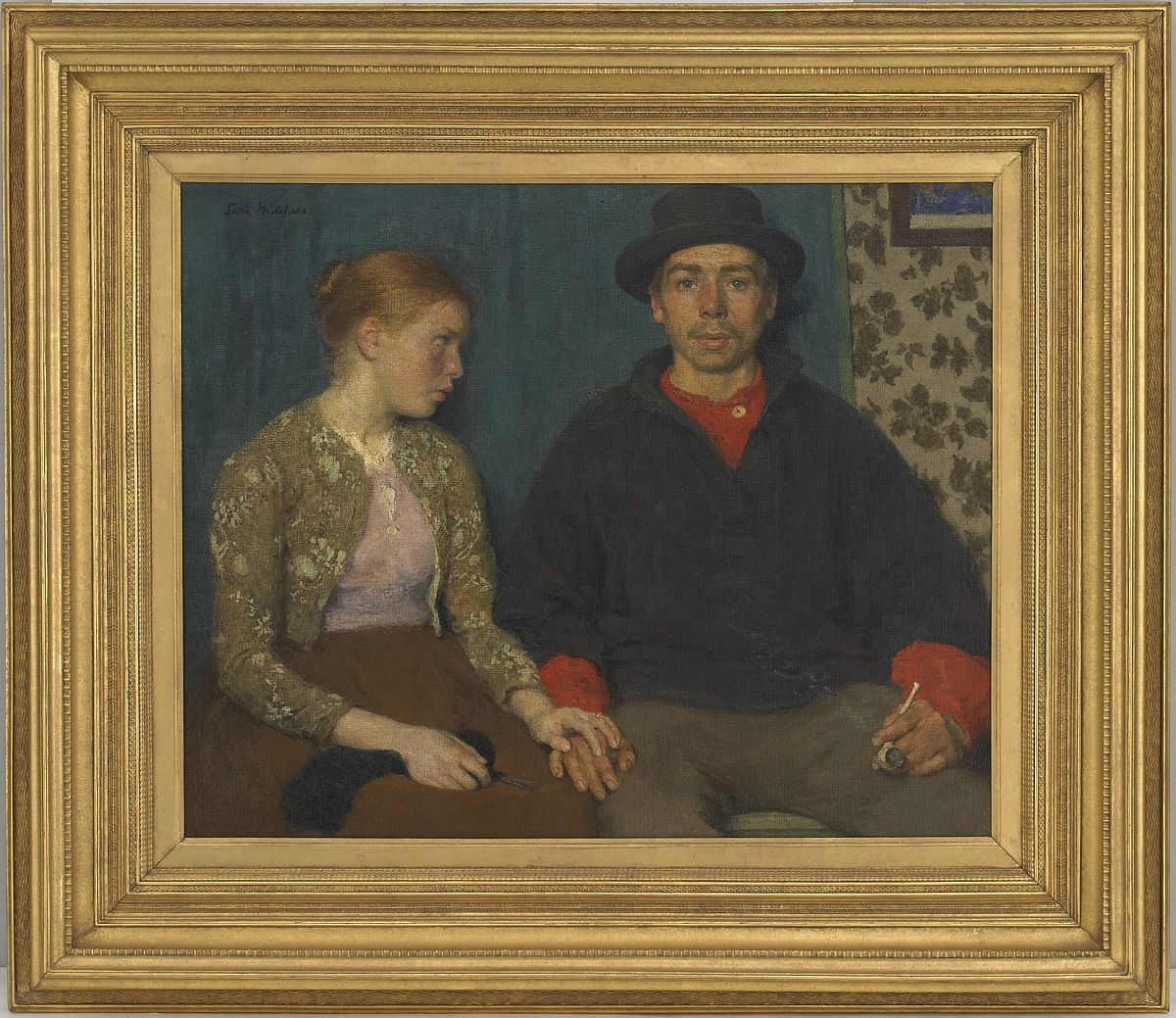 Although he was born in Detroit, Gari Melchers spent much of his youth in Germany where he studied at the Royal Academy.  After studio work at the Ecole des Beaux-arts in Paris, he moved to Egmond, Holland, a small fishing village on the North Sea where he painted this young sailor and his fiancee in 1898-99.

The simplicity of his neighbors fascinated Melchers, and the sturdy, hardworking inhabitants of Egmond had a lasting impact upon the subject matter during the fifteen years that he worked in Holland. The artist observed the Dutch people at their daily tasks, transferring these impressions to the canvas with great attention to detail and qualities of texture.  His works are filled with sympathetic portraits of young mothers with their children and church congregations at prayer.

Melcher's early works such as A Sailor and His Sweetheart are solidly and compactly modeled with a well-controlled brushstroke. The artist built up his forms with a rather thick application of pigments. Later works, on the other hand, while still quite heavily painted, employ a greater looseness and sketchlike quality. A quick, impressionistic brushstroke was quite appropriately used to reneder the landscapes and intimate views which Melchers later saw near his estate, called Belmont, in Fredericksburg, Virginia, where he lived out his later years.

Melchers undertook careful prepatory studies before embarking upon a large canvas like A Sailor and His Sweetheart. A very handsome pastel drawing of the sailor's head and an equally fine oil sketch for the young woman is preserved at Belmont.

This painting was immediately exhibited at the Paris Salon after it was completed by the artist. From Paris it went to the Carnegie Insitute where it was shown and purchased by the trustees for their permanent collection. After the work was returned to Melchers, it was purchased by Freer. 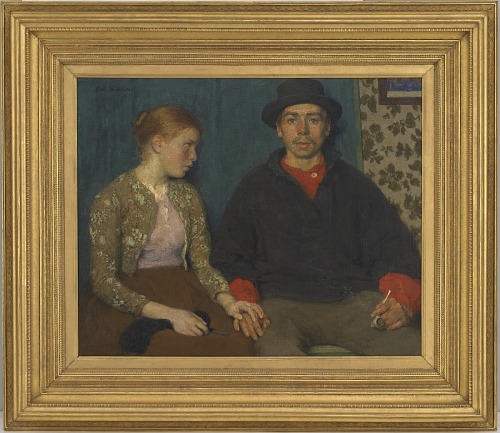