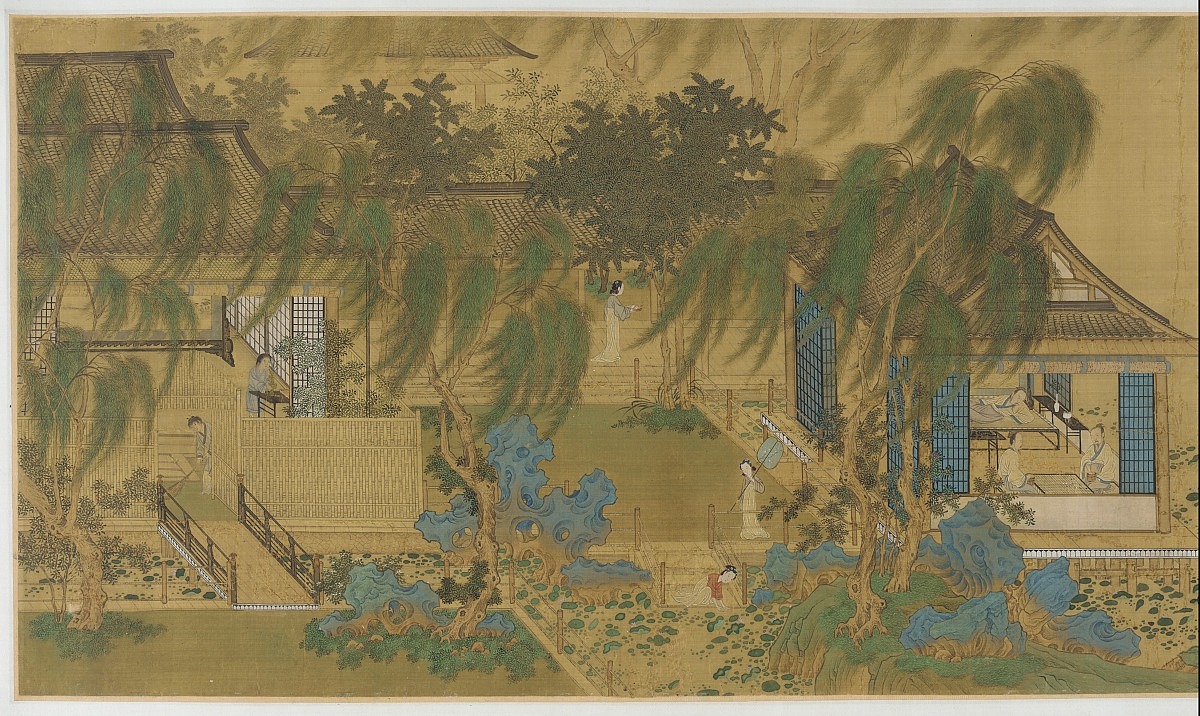 According to its title, this short scroll depicts an idyllic scene on the island of Penglai, the mythological home of Daoist divinities and immortals located in the ocean east of China. However, there is little in the painting itself that suggests the grandeur of such an otherworldly paradise. Instead, the elegant but comparatively modest pavilion epitomizes a wealthy scholar's private retreat in the mundane world. In the window of a room overlooking the water, two men in scholar's robes play the board game weiqi, better known by its Japanese name, go. Providing philosophical paradigms for military strategy, the structure of society, and mankind's place in the cosmos, weiqi was considered one of the polite arts with which every true gentleman and lady should be familiar and was commonly portrayed as a pastime among the immortals. Along an adjacent corridor, a woman brings the players a plate of magical peaches, the food of immortality.

On the tree trunk at far left, the painting bears a spurious signature of the shadowy, fourteenth-century Daoist adept, Leng Qian, who was a follower of Li Sixun (651-716/18), originator of the blue-and-green style of landscape painting. In the sixteenth century, Qiu Ying (ca. 1494-1552), the premier Ming dynasty specialist in this style, once copied a scroll that claimed to be Leng's original work, and the current painting, in turn, is a skillfully executed copy of Qiu Ying's reinterpretation of that now-lost composition. 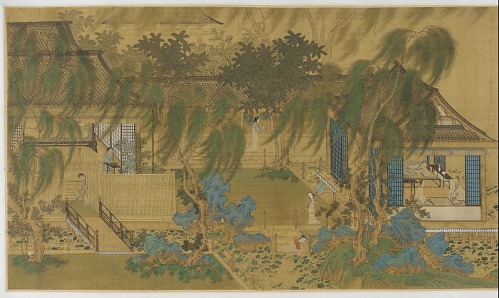