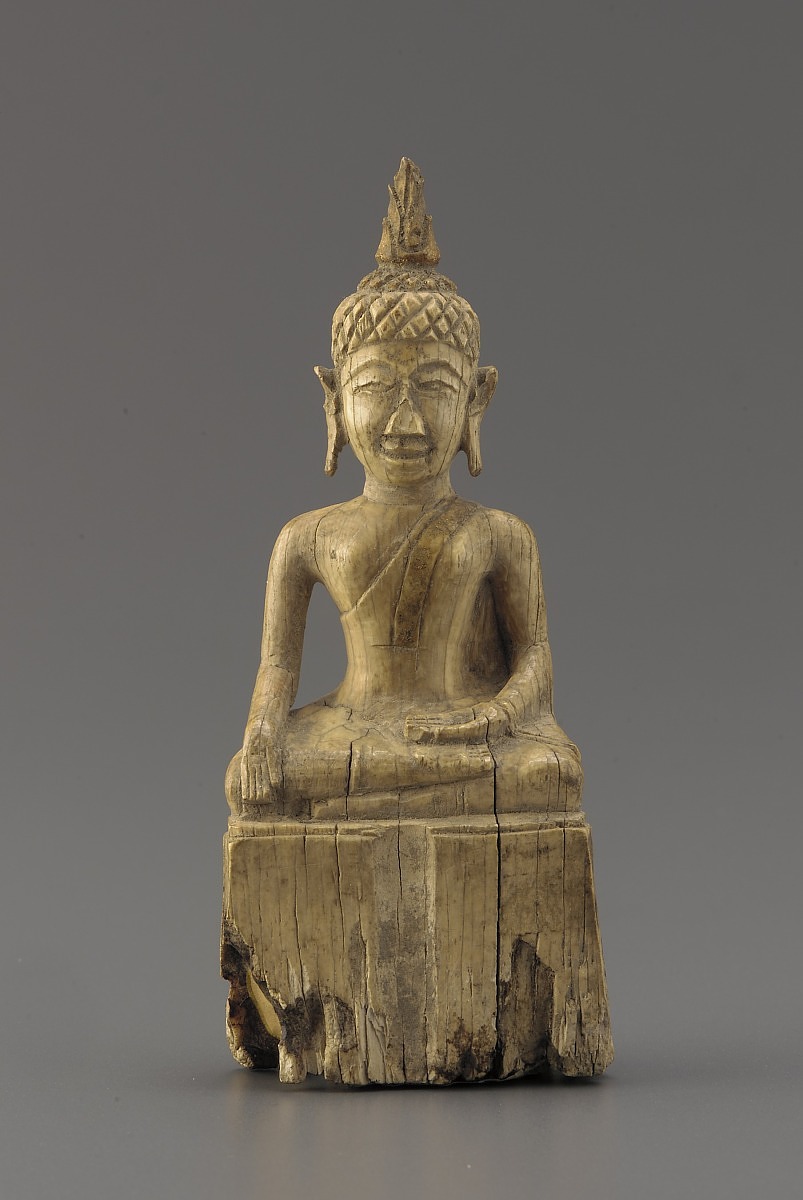 [1] According to Curatorial Remark 5, Louise Cort, February 18, 2002, "The catalogue of the sale of Siamese and Cambodian objects (6 April 1909) noted that they had been accumulated over a period of thirty-five years by a Siamese official." See also, the object record for F1909.48, Curatorial Remark 5, H. E. Buckman, 1964, wherein is provided additional provenance information for several objects acquired at this same American Art Association sale.

Six small ivory Buddhas were among the very first Southeast Asian objects that Charles Lang Freer collected. He purchased them in 1909 as a group at an auction of Southeast Asian art in New York.

Seated with folded legs and hands in the earth-touching gesture of enlightenment (bhumisparsha mudra), the six Buddhas are relatively uniform in size and shape and were likely carved at the same time. They represent the moment when the historical Buddha calls the earth to witness as he achieves enlightenment. They may have been made in Laos, Thailand, or Cambodia. Their small scale and light material would have enabled them to be transported, and their find spot--purportedly in the vicinity of Angkor Wat--likely does not match their site of production. 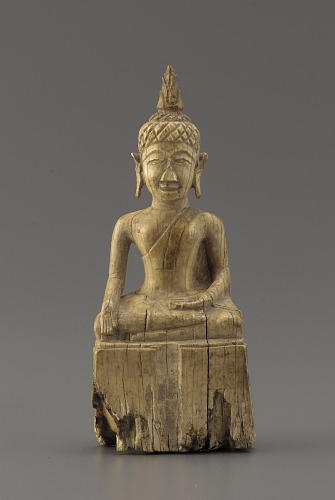