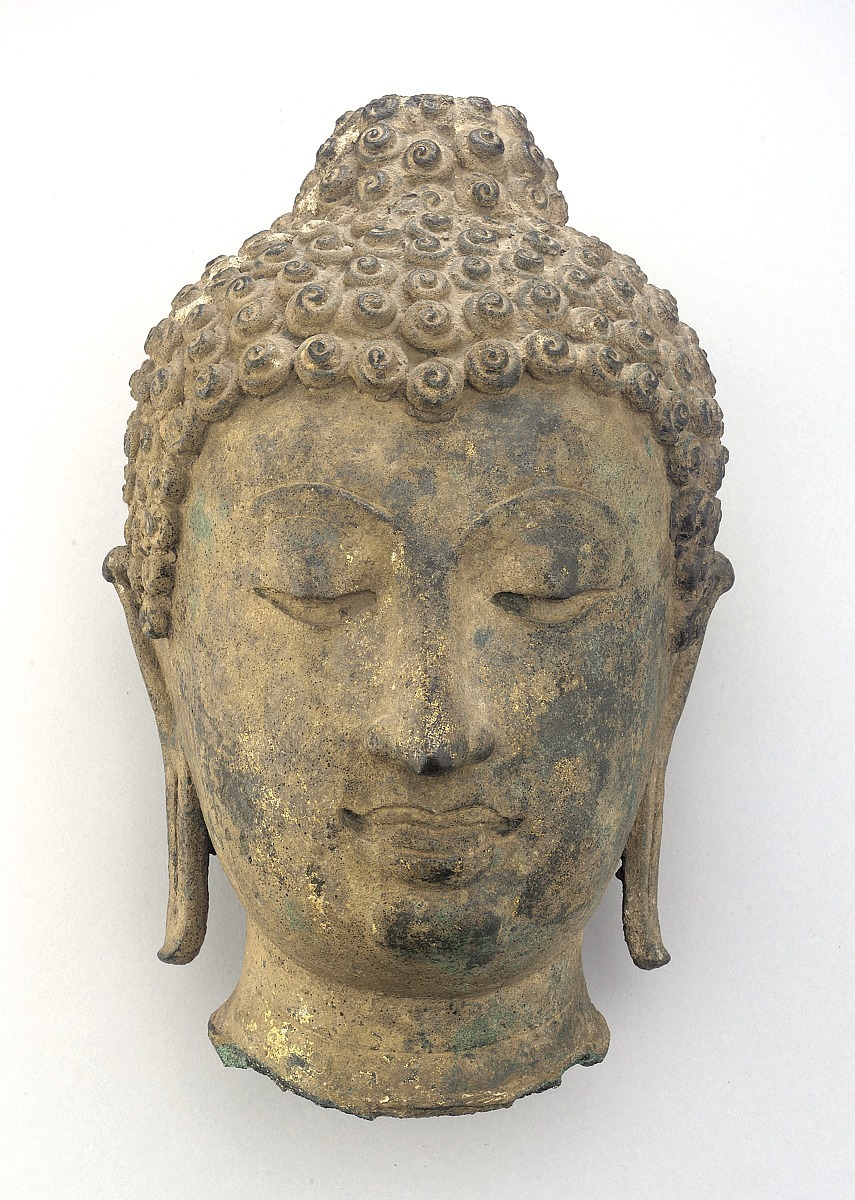 In 1909, Charles Lang Freer purchased this and three other bronze heads of the Buddha from the American Art Galleries in New York City (F1909.48-51). Remarkably different in style, the heads reveal the range of artistic possibilities within the strictures of a single iconographic form. The gentle face of this Buddha is serene and contemplative, emphasizing his meditative focus. His gaze is down and inward, and his lips smile subtly. The snail shell curls over his bulbous cranial protuberance (ushnisha), along with his pierced elongated ears, mark him as a Buddha. Thailand's Buddhist art is remarkable for the way the image of the Buddha transforms subtly across centuries of casting in bronze. 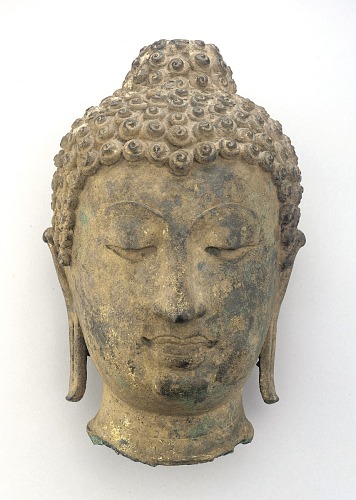