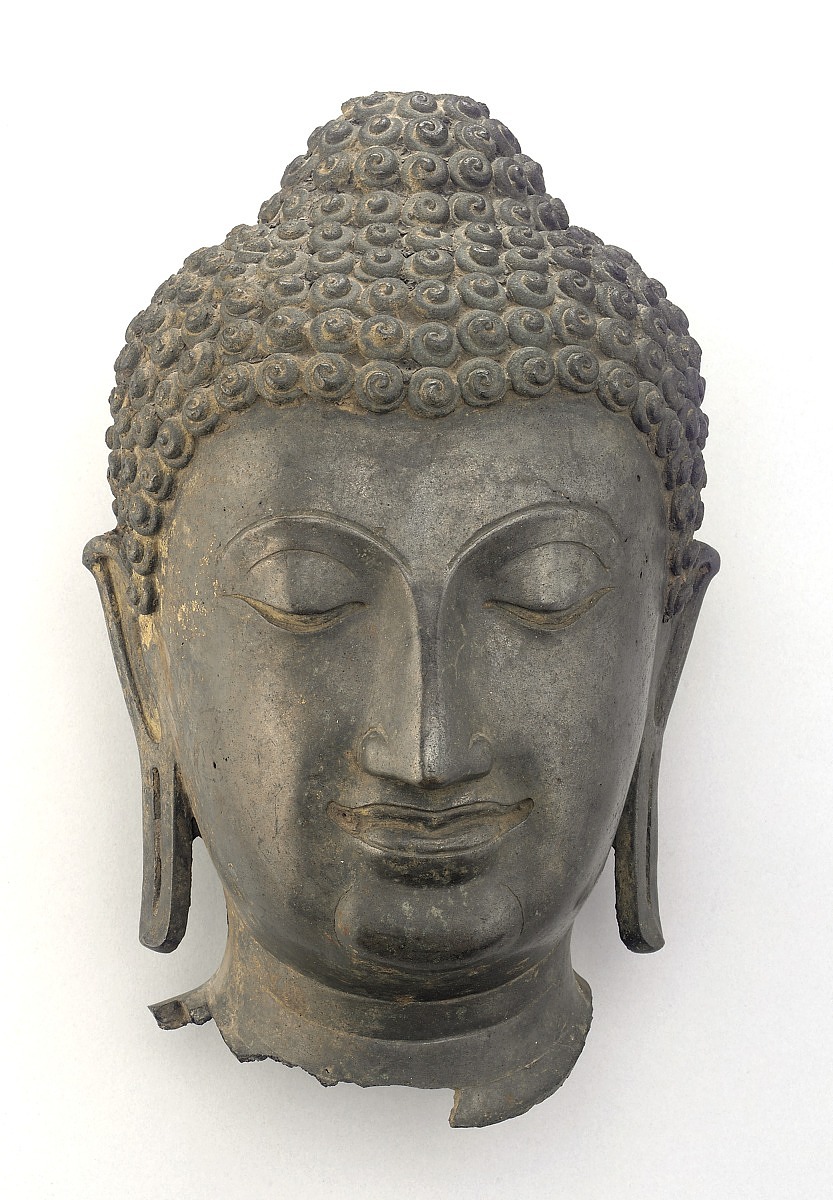 Medium
Bronze with traces of gilding

[1] According to Curatorial Remark 5, H. E. Buckman, 1964, in the object record, the Envelope File contained the following note by C. L. Freer, dated February 26, 1918: "Bronze head of Buddha, life sized. Brought to New York City by Mr. Gadelius during the winter of 1908-1909, and sold along with other Siamese and Cambodian objects, at the American Art Galleries, on April 6, 1909. Mr. Gadelius assured me that this head came from the ruins of Angkor Wat, Cambodia; and this statement appears in the catalogue of the sale. I attended the sale personally and purchased at the same time three other heads, S.I. 68 (F1909.49), 69 (F1909.50) and 70 (F1909.51)." According to Curatorial Remark 6, Louise Cort, February 18, 2002, "The catalogue of the sale of Siamese and Cambodian objects (6 April 1909) noted that they had been accumulated over a period of thirty-five years by a Siamese official."

In 1909, Charles Lang Freer purchased this and three other bronze heads of the Buddha from the American Art Galleries in New York City (F1909.48-51). Remarkably different in style, the heads reveal the range of artistic possibilities within the strictures of a single iconographic form. Here, the Buddha's face appears supple with gently undulating curves. The rich brown surface retains flecks of gilding, especially in the folds of the ear and coiled hair. The eyes are heavy-lidded, their downward gaze finding an echo in the upturned mouth. The chin is full and the pierced ears flare slightly to the sides. Taken together, these features suggest a date of around 1500, within Thailand's Lan Na period (14th--15th century). Thailand's Buddhist art is remarkable for the way the image of the Buddha transforms subtly across centuries of casting in bronze. 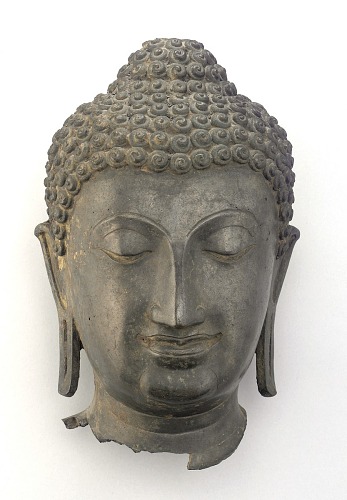