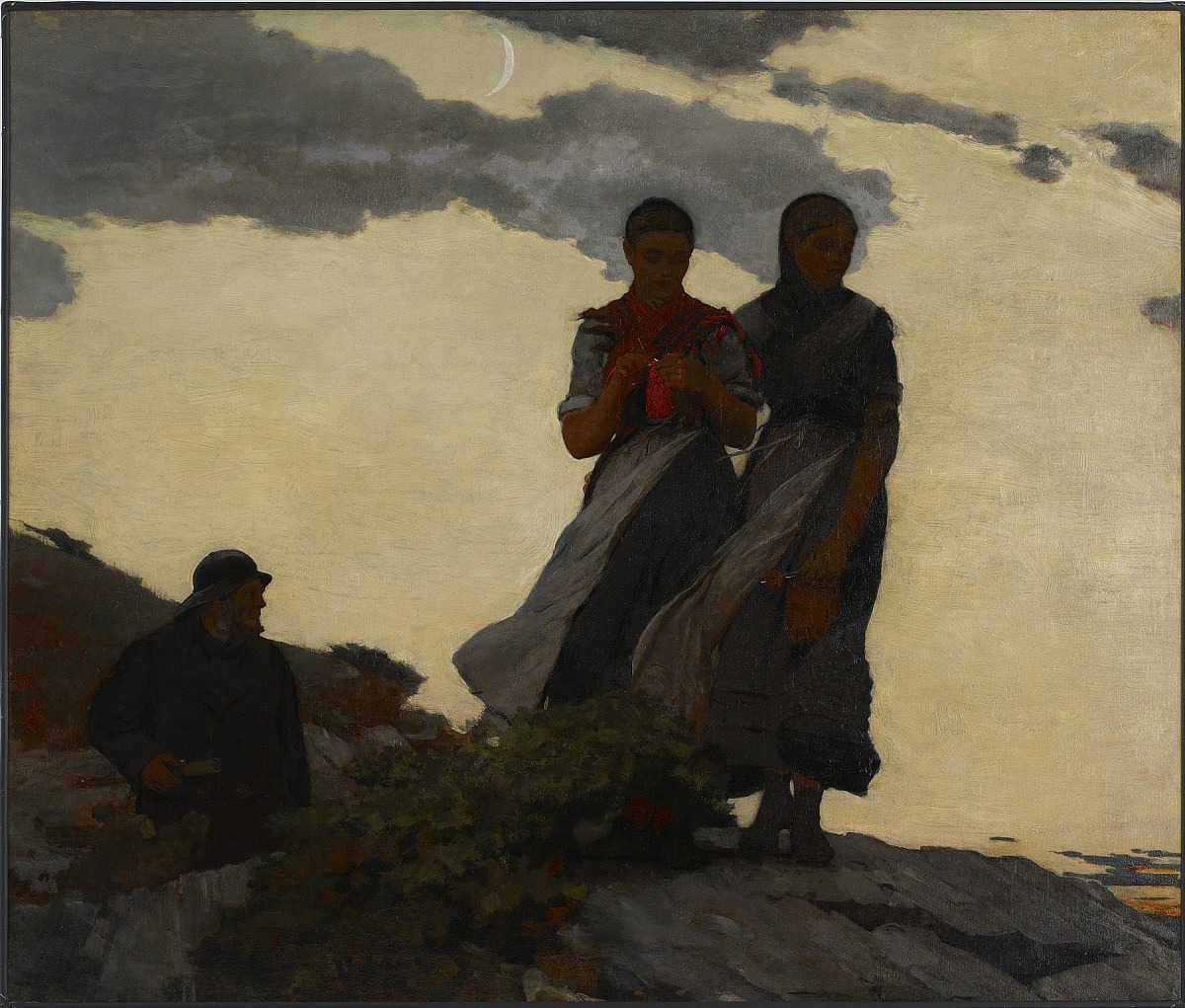 [1] See List, American Paintings Other than by Whistler, A, pg. 4, Freer Gallery of Art and Arthur M. Sackler Gallery Archives.

Winslow Homer (1836 –1910) began this painting in 1881 in Cullercoats, a fishing village on the northeast coast of England. It was unfinished when he returned to the United States in 1883, and Homer continued to work on it in his Atlantic coast studio in Prout’s Neck,Maine. His two-year sojourn in England wrought important changes to his art. Under the dual influences of the British landscape tradition and the rugged environment of Northumbria, Homer transformed his art to express a profound respect for the enduring forces of nature. Forming a monumental, self-contained unit, the two women of "Early Evening" seem oblivious to the approaching sea captain or the buffeting coastal winds.

An earlier version of Early Evening was exhibited at the World’s Columbian Exposition of 1893 under the title "Sailors Take Warning (Sunset)," where it was described as a “large canvas representing three girls on a rocky shore.” Years later, in 1907, Homer cut down the canvas and altered the original composition. Scientific research done with autoradiography in 1992 revealed that Homer painted out the third female figure and incorporated part of her skirt into the dress hem of the right-hand figure. He also altered aspects of the landscape to more closely match the New England coast, and he changed the time of day from sunset to twilight. In describing the evolution of the composition to his brother, Homer wrote, “I have made a new thing representing early evening—it is now a very fine picture.” A year later Charles Lang Freer found the figures “so beautifully done” that he decided to add "Early Evening" to his collection, where, he explained, “it is unfolding new beauties daily. I am glad to possess it.” 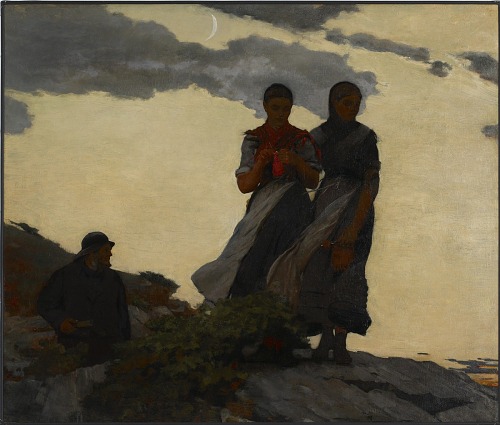 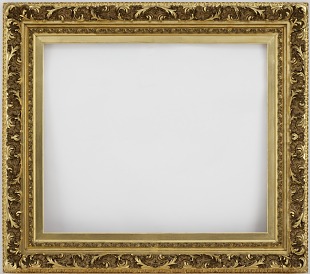