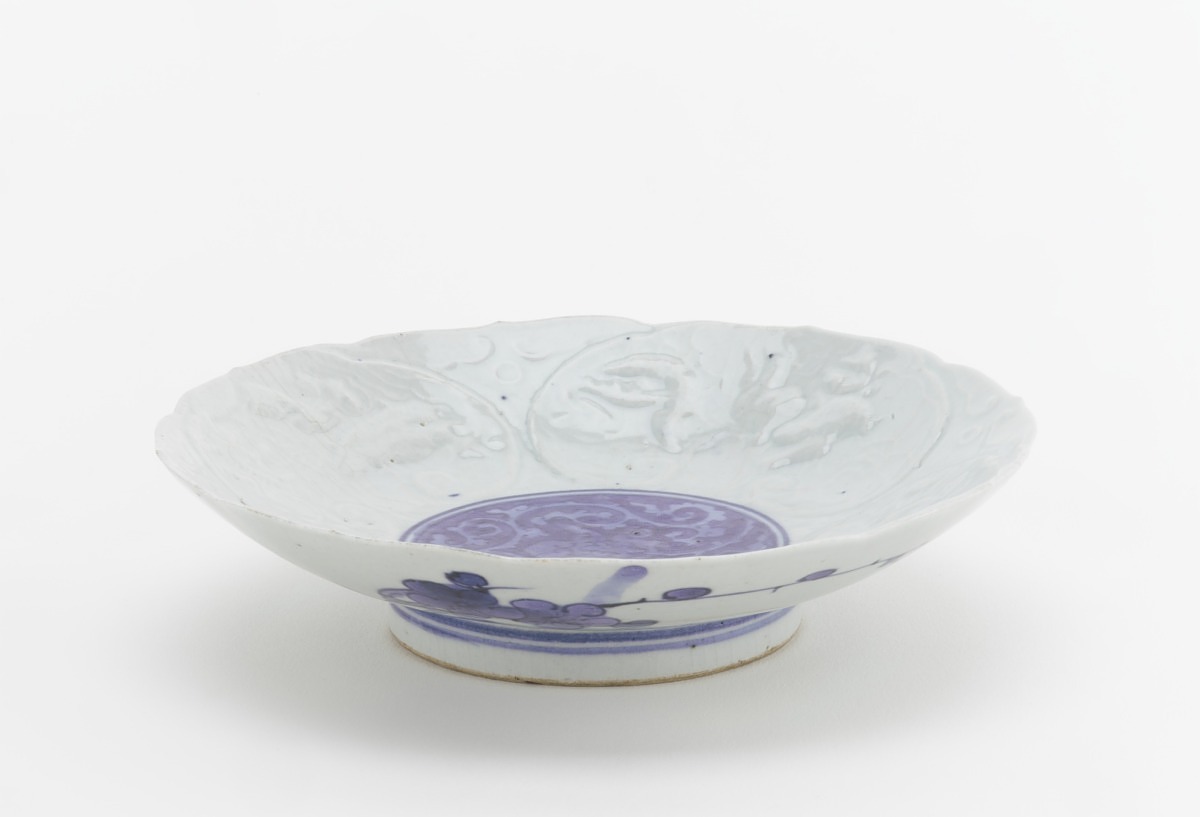 The small ceramic plates F1907.528-532 were purchased as a set that had been put together in Japan. On the interior of the lid for the box that contained them was the following inscription:
Toriawase mukozuke sara [Jpn] Assembled side dishes followed by identification of the five plates. This plate was identified as:
Fukushu yaki unryu-gata [Jpn] "Fukien ware cloud-and-dragon shape."

Kato-ke chinpo no uchi [Jpn] "One of the treasures of the Kato house."

Mark: Fuku, inside square frame, written in cobalt on base.

The first Arita porcelain kilns began operating in the opening years of the 17th century.  The white clay from the Izumiyama mine became a vehicle for many distinct varieties of decorative styles and pallettes of enamel colors, directed at both domestic and foreign markets. 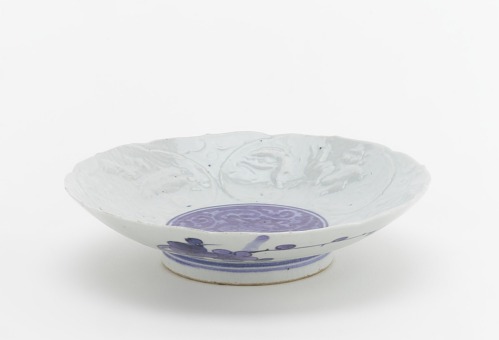 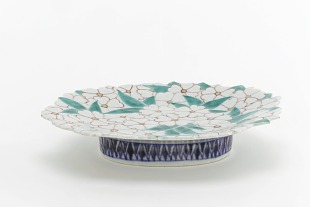 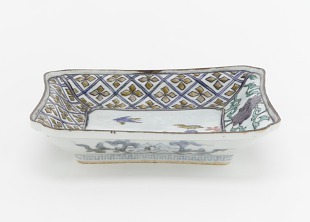 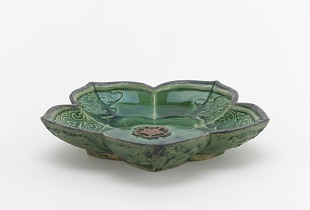 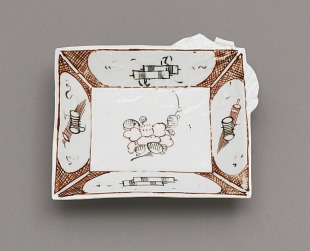