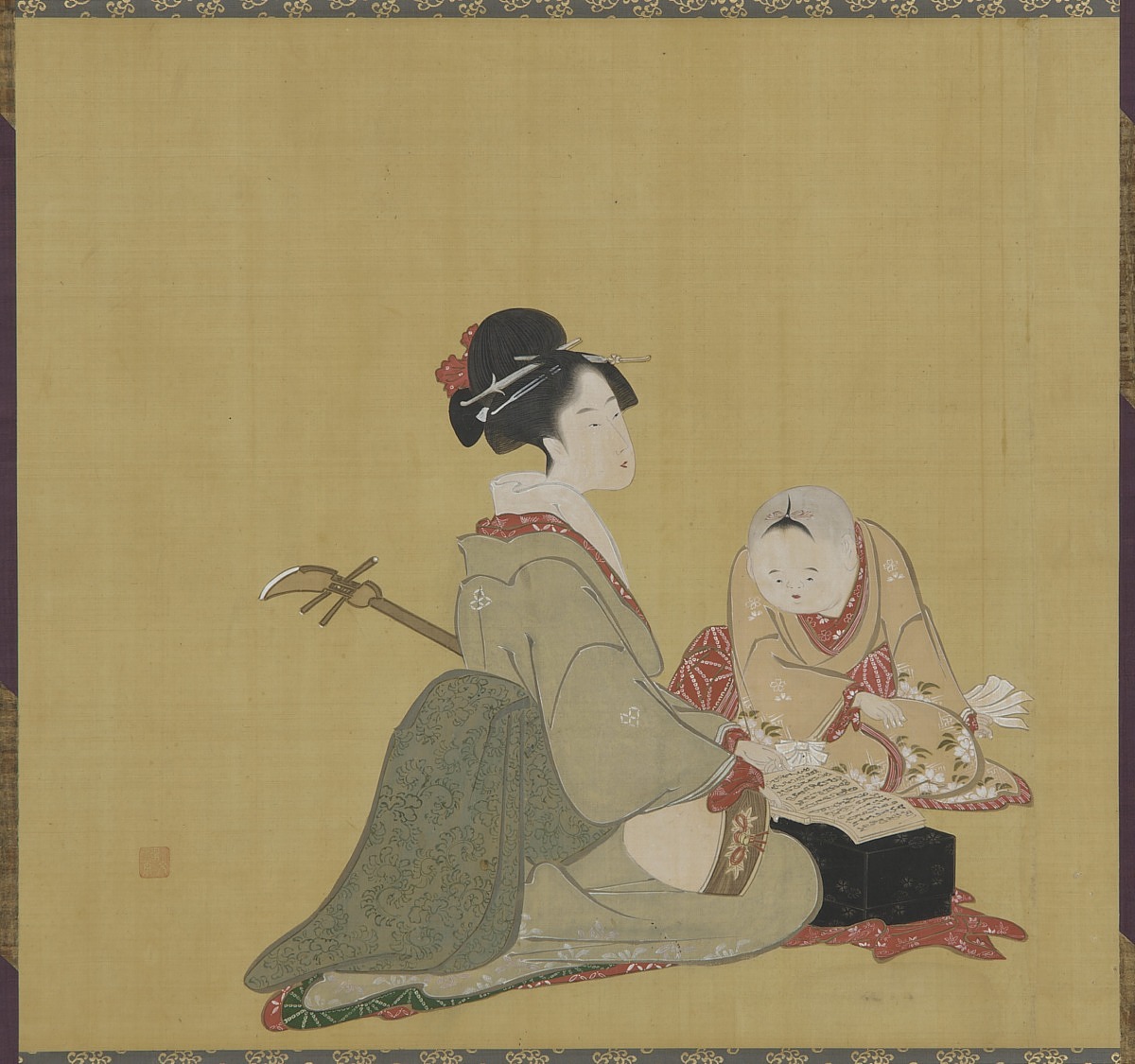 Fantasy and reality meet in the many images of courtesans and kabuki actors in the “floating world” (ukiyo) of Edo and other urban centers. Prints for the mass market and paintings for more privileged owners celebrated the beauty and artistic abilities of high-class courtesans and geisha, who were often skilled in poetry, calligraphy, music, and dance. Here, a geisha holds a shamisen, a three-stringed musical instrument, as a child looks on.

This painting is in an unusual nearly square format and signed “Gessai Gabimaru.” He is associated with only a few surviving works, all of them showing courtesans and geisha. The artist’s identity and artistic lineage remain unclear, but this painting, acquired by Charles Lang Freer in 1906, reveals the elegance and grace of the Japanese artist’s figure paintings. 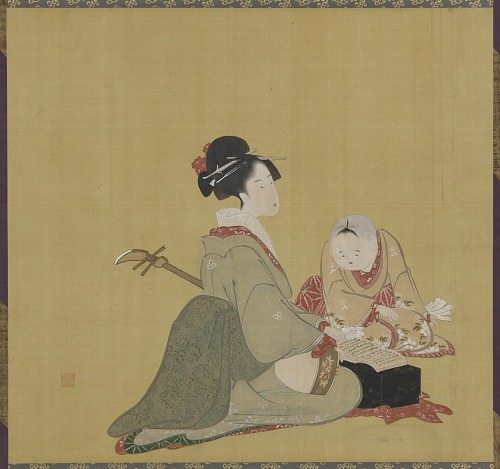