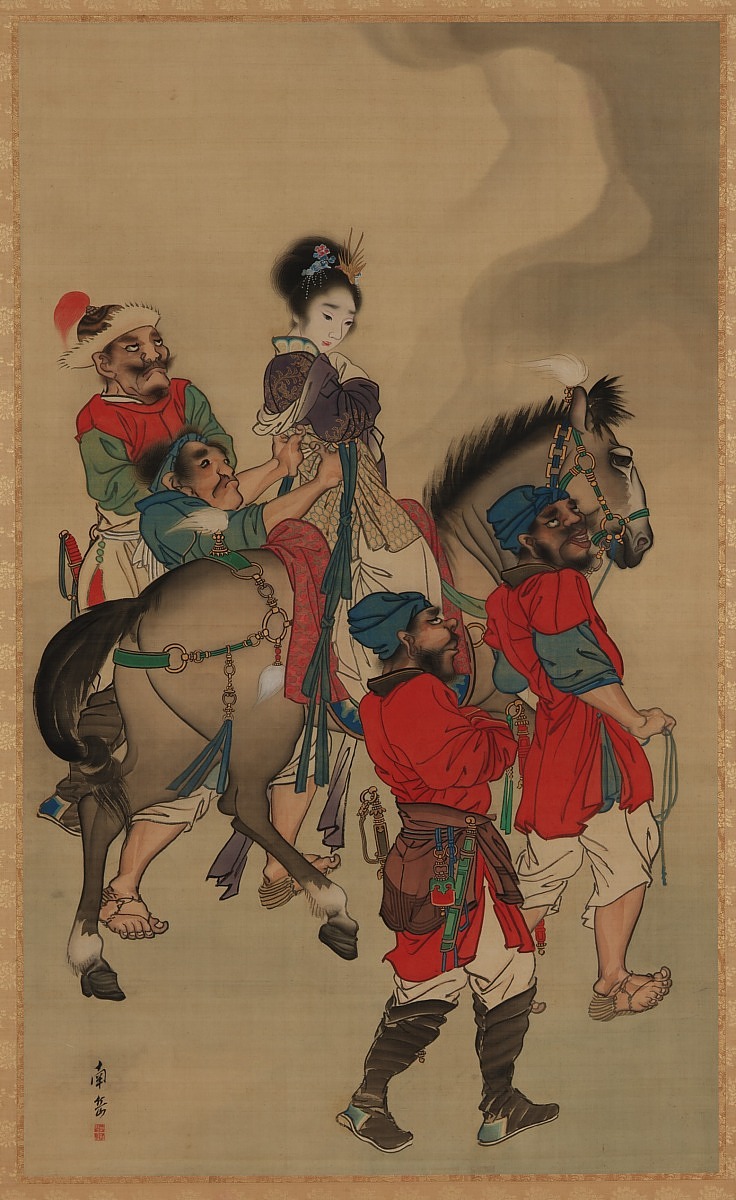 [1] See Original Kakemono List, S.I. 90, pg. 145, Freer Gallery of Art and Arthur M. Sackler Gallery Archives. See also, Curatorial Remark 4, undated folder sheet note, in the object record, which states that this object was reproduced in "Catalogue of the Ikeda Collection of Kakemonos and Screens," Kyoto (1906), no. 9 in text, pl. no. 4 in separate album.

In this powerful image, a beautiful Chinese woman is supported by one of four rough men as she is transported on horseback. Her fear and reluctance are expressed in her pose and her gaze downward and backward as she thinks of what she leaves behind. When acquired by Charles Lang Freer, this painting was identified with the story of Wang Qiang, known in Japanese as Oshokun, a woman of great beauty who threw herself into the Amur River rather than marry the Khan of the Xiongnu. However, the image follows closely other paintings that depict Yang Guifei, the beloved concubine of the Tang-dynasty emperor Ming Huang (Xuanzong; reigned 712-50). When his enchantment with Yang Guifei caused him to neglect state business, rebel forces captured Yang Guifei and put her to death. According to one account, she was unable to sit astride a horse without assistance, and she had to be helped to ride as she was taken away.

The painter Watanabe Nangaku was a pupil of Maruyama Okyo (1733-1795), who had established the popular subject of individual Chinese beauties in Japanese painting. Nangaku's arresting image employs the combination of Japanese, Chinese, and Western techniques that Okyo was instrumental in studying and incorporating into Japanese painting. The three-dimensional quality of his figures against the ambiguous, misty background draws attention to the slender, elevated figure of the woman as she is taken against her will to an as yet unknown fate. 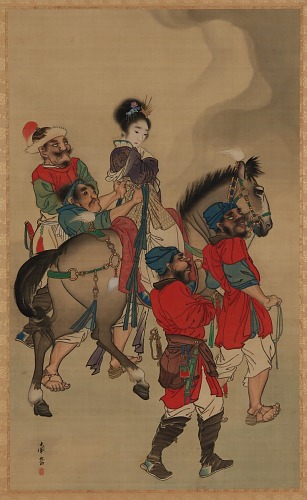