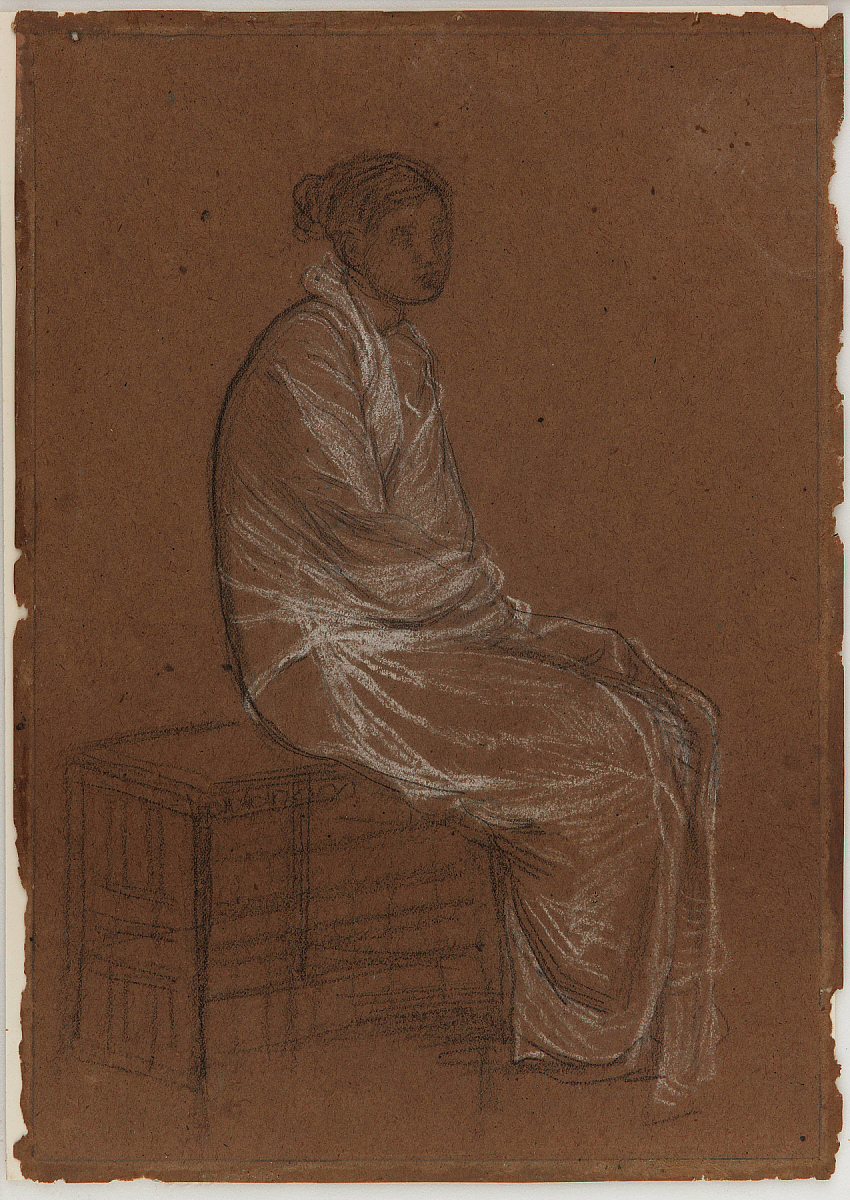 [1] See Original Whistler List, Drawings, pg. 7, Freer Gallery of Art and Arthur M. Sackler Gallery Archives. Thomas Way Sr. and his son, Thomas Robert Way, were lithographers who worked closely with Whistler on several of his projects. They helped with the printing of his etchings, as well as the printing of Whistler’s promotional materials. Both Thomas Way Sr. and Thomas Robert Way owned many Whistler works. Thomas Way Sr. acquired several of these works at the time of Whistler’s bankruptcy, and he passed some of them on to his son (see The Correspondence of James McNeill Whistler, 1855-1903, ed. Margaret F. MacDonald, Patricia de Montfort and Nigel Thorp, On-line Edition, People, biographies of Thomas Way and Thomas Robert Way; http://www.whistler.arts.gla.ac.uk/correspondence).

Both the title and the treatment of this figure study recall Whistler's fascination with the linear and sculptural qualities of classical art during the mid-1860's when he was associated with Albert Moore. Whistler met the British artist in 1865. That year, Moore exhibited "The Marble Seat," at the Royal Academy. Whistler's pensive figure suggests that he may have made this drawing after seeing Moore's work. 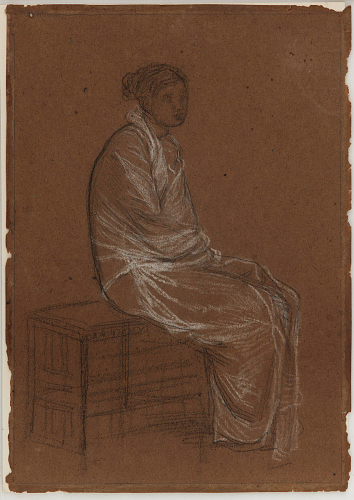