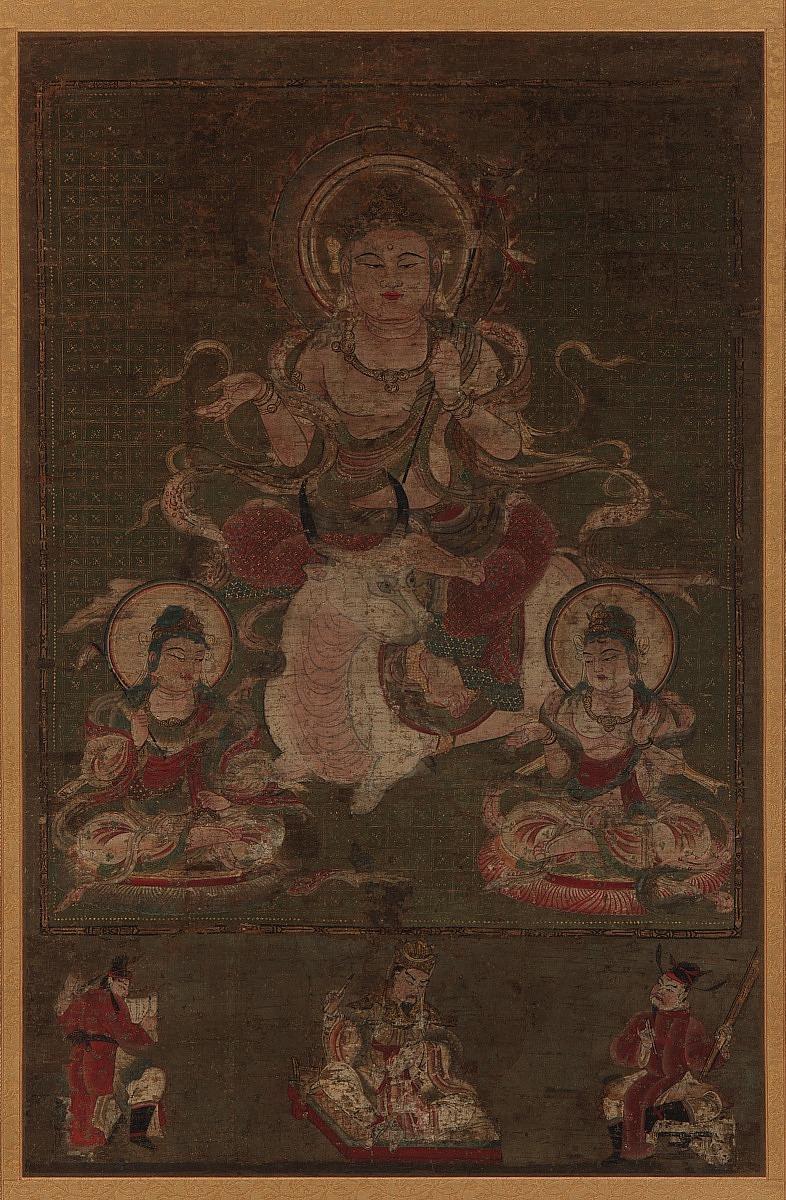 Medium
Color and gold on silk

Seated astride a white bull, the Buddhist deity Emma-ten is attended by two bodhisattvas (enlightened beings). Emma-ten is worshiped as the defender of the Buddhist law, a king of the Buddhist hell, and a judge in the world of the dead. Below these imposing figures, in a smaller scale, Emma-o is shown in a different manifestation in the costume of a Chinese official, the customary way in which judges of hell were depicted. Chinese painters who devised the earliest images of this subject envisioned the kings who would judge the merits and sins of the deceased as powerful civil magistrates.

This painting is a rare surviving example of this complex subject presentation. Notable are the fine, full delineation of figures and complex color technique typical of Buddhist paintings of the late Heian period (794-1185), when members of the imperial court were avid patrons of Buddhism. 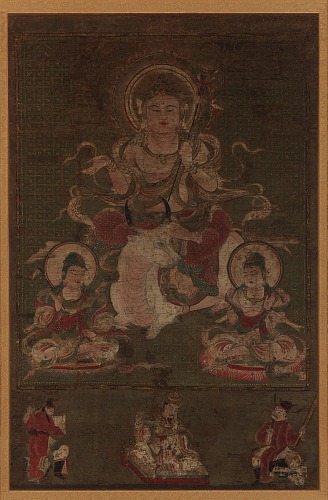