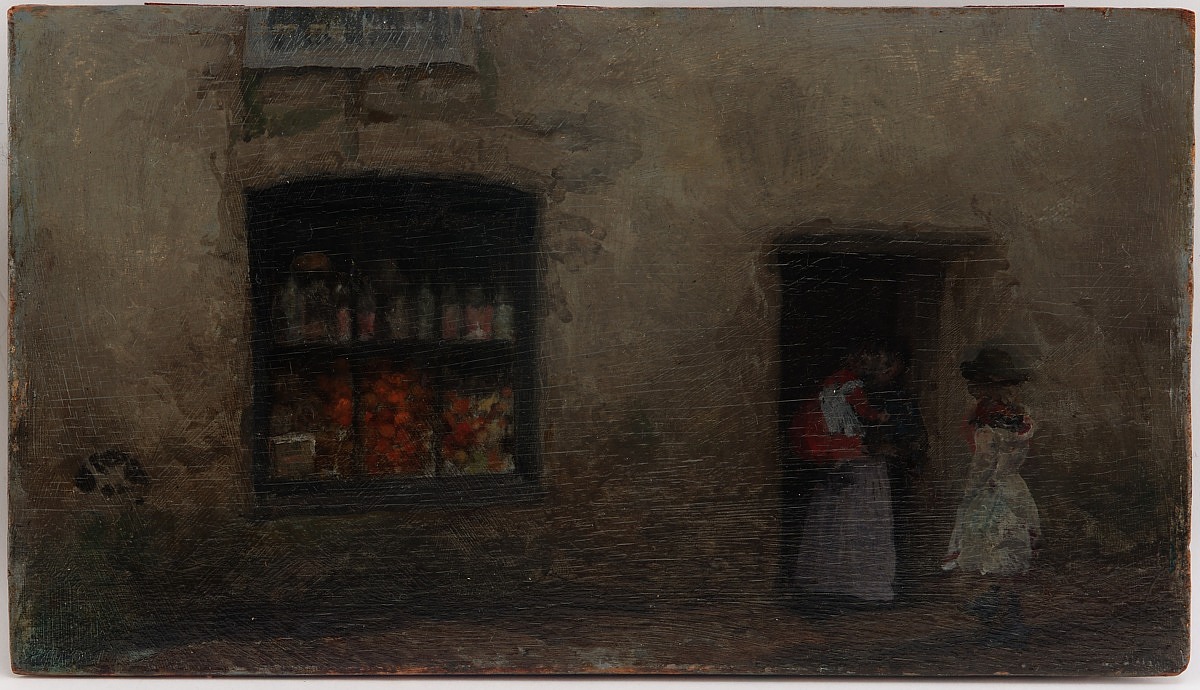 [1] According to Curatorial Remark 1 in the object record: " Purchased from Mr. Desprez of P. and D. Colnaghi and Co., London, in 1904, and by them purchased at Christie's Sale, December 17, 1904, of the Wickham Flower Collection."

This is one of several paintings of shop fronts that Whistler completed while in St. Ives. Sympathetic critics singled it out for enthusiastic praise when Whistler exhibited it in London in 1884. One declared, it "is probably the most perfect little thing of its kind that was ever wrought by an artist who has learnt how to see….It is without detail, without apparent labour, without dramatic interest; but it is exquisite in colour, faultless in tone, and its well-considered mystery has, at least, the interest of suggestiveness." 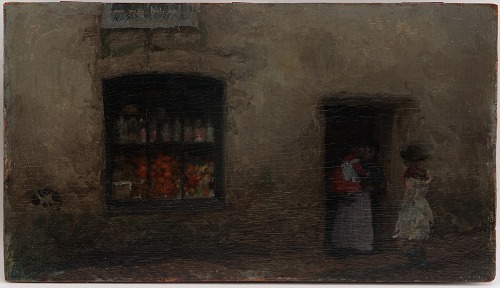