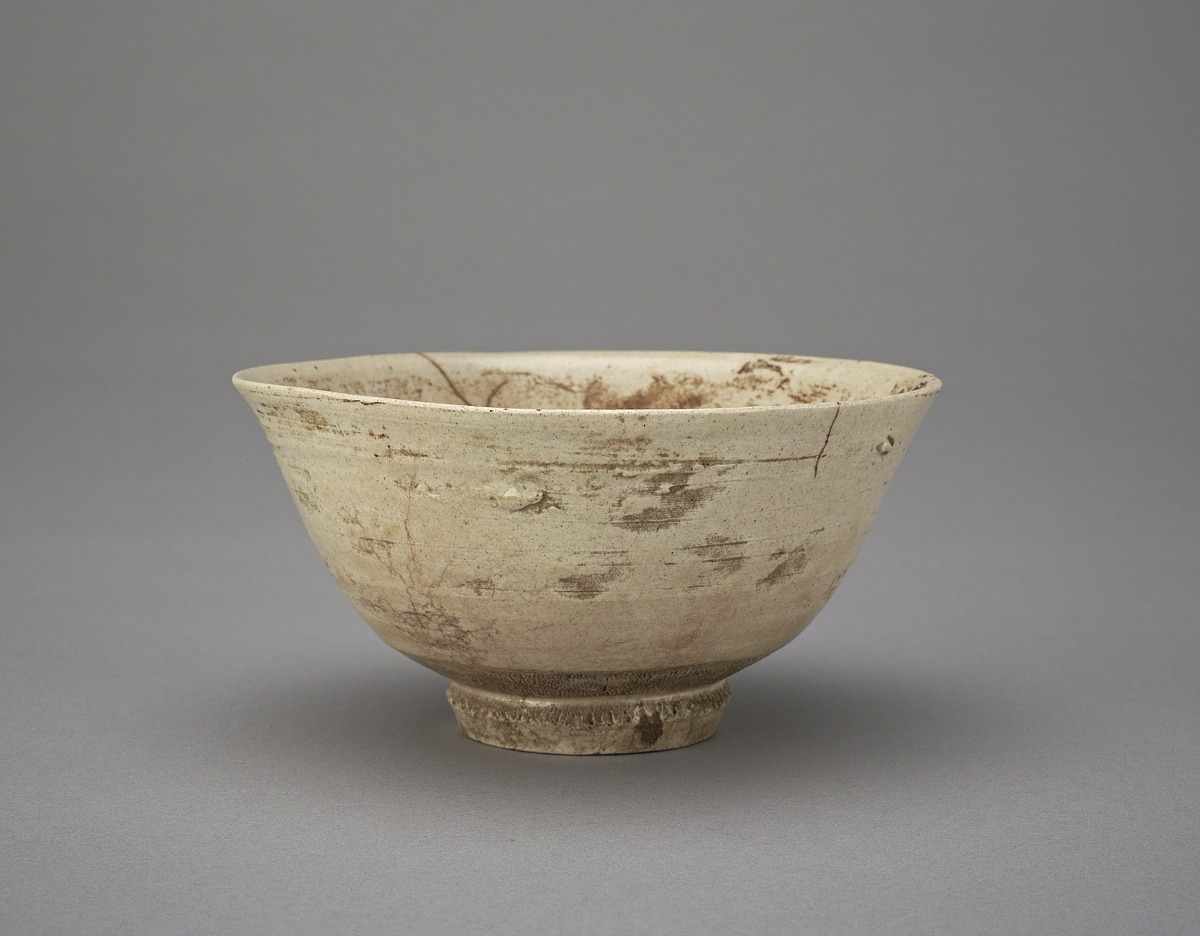 [1] This is one of ten tea bowls (F1897.81 - F1897.90) acquired as a group from the former collection of the "Prince of Kaga." presumably the last head of the Maeda house, the daimyo family that had served as feudal lords of Kaga Province (now part of Ishikawa prefecture, centering around the castle town of Kanazawa) since the beginning of the 17th century (see Curatorial Remark 5, Louise Cort, 1982, in the object record, as well as F1897.89a-c, Curatorial Remark 10, Louise Cort, September 1982).

The size and shape of this bowl suggest that it may have been made to order for the Japanese market, for use as a tea bowl. Although its shape is quite typical for a provincial Korean kiln of the second half of the sixteenth century, its size is smaller than usual. Alternatively, the bowl may represent the "discovery" of the potential of an ordinary tableware bowl to be used as a tea bowl. Slightly later bowls, such as F1902.68, demonstrate changes made to agree more closely with Japanese taste. 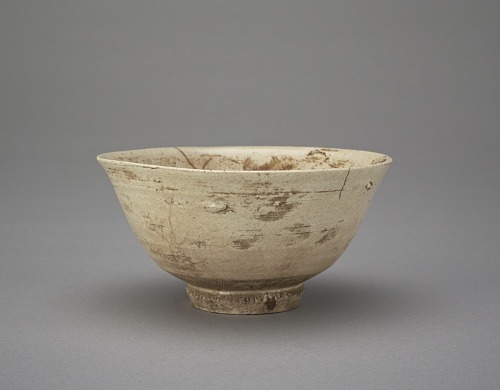