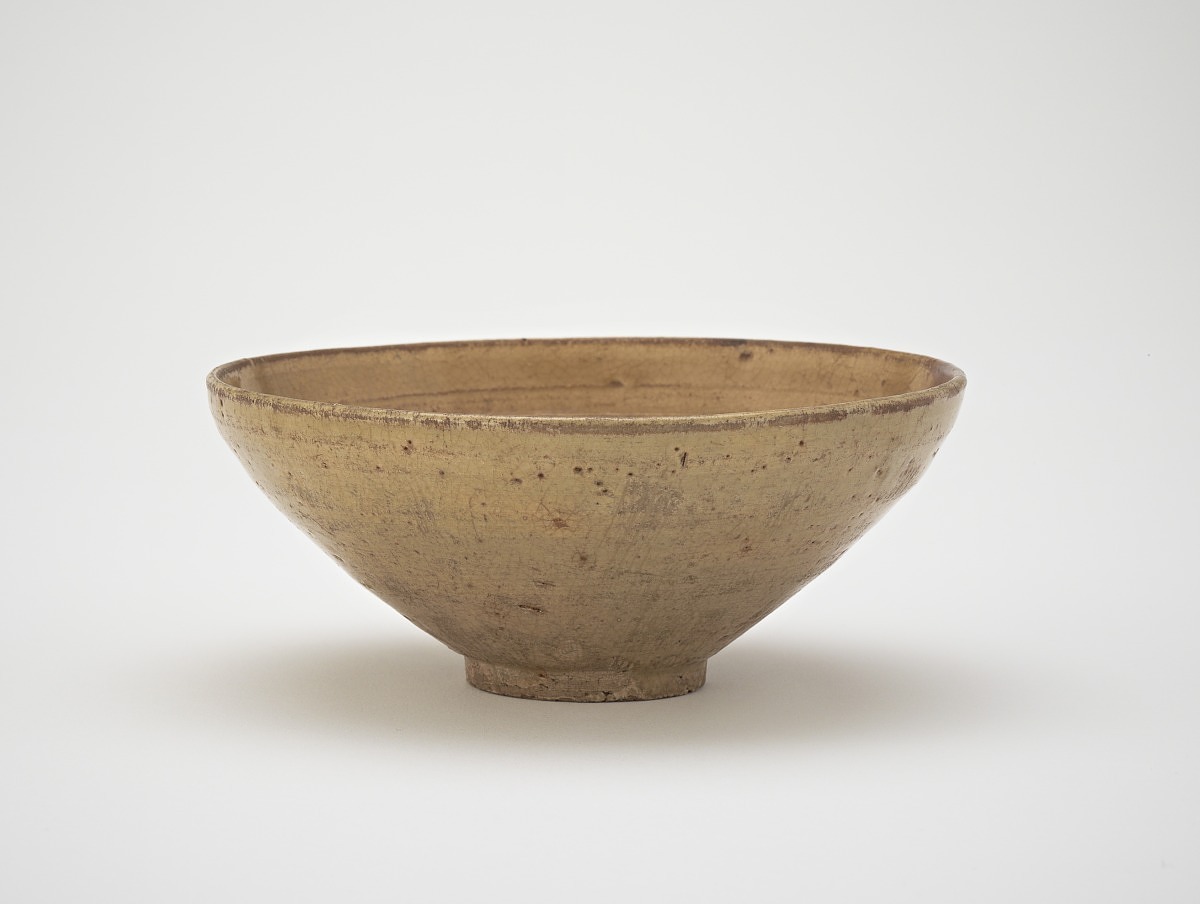 Although this bowl and F1897.83 are virtually identical in design, with hastily incised stripes and floral motifs, the pronounced difference in the colors of the glaze indicates a lack of control over the firing process. This bowl also belongs to the group of bowls from the collection of the "Prince of Kaga." Like F1897.83, its was identified by Yamanaka and Company, from whom Freer purchased the pieces in 1897, as being a Juko bowl but as being of Korean manufacture. Because of the lack of accessible information on the formative period of the tea ceremony, the significance of the attribution was not appreciated until 1957, when it was pointed out anew by Japanese ceramic historian Koyama Fujio (1900-1975). Similar bowls have also been excavated from Sarawak and elsewhere, indicating that they were exported from China to various destinations and were probably made expressly for that purpose, with the result that technical refinement of the firing process was minimal. 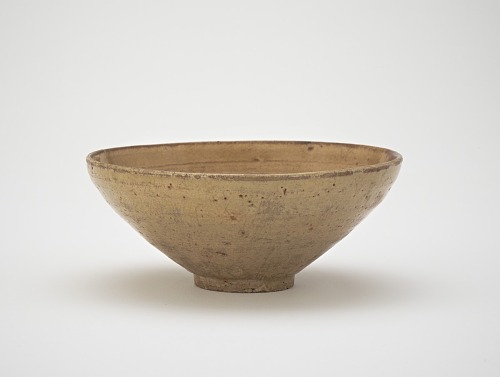 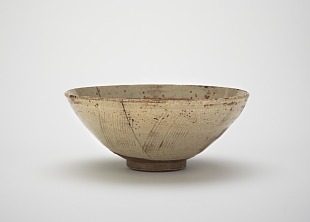