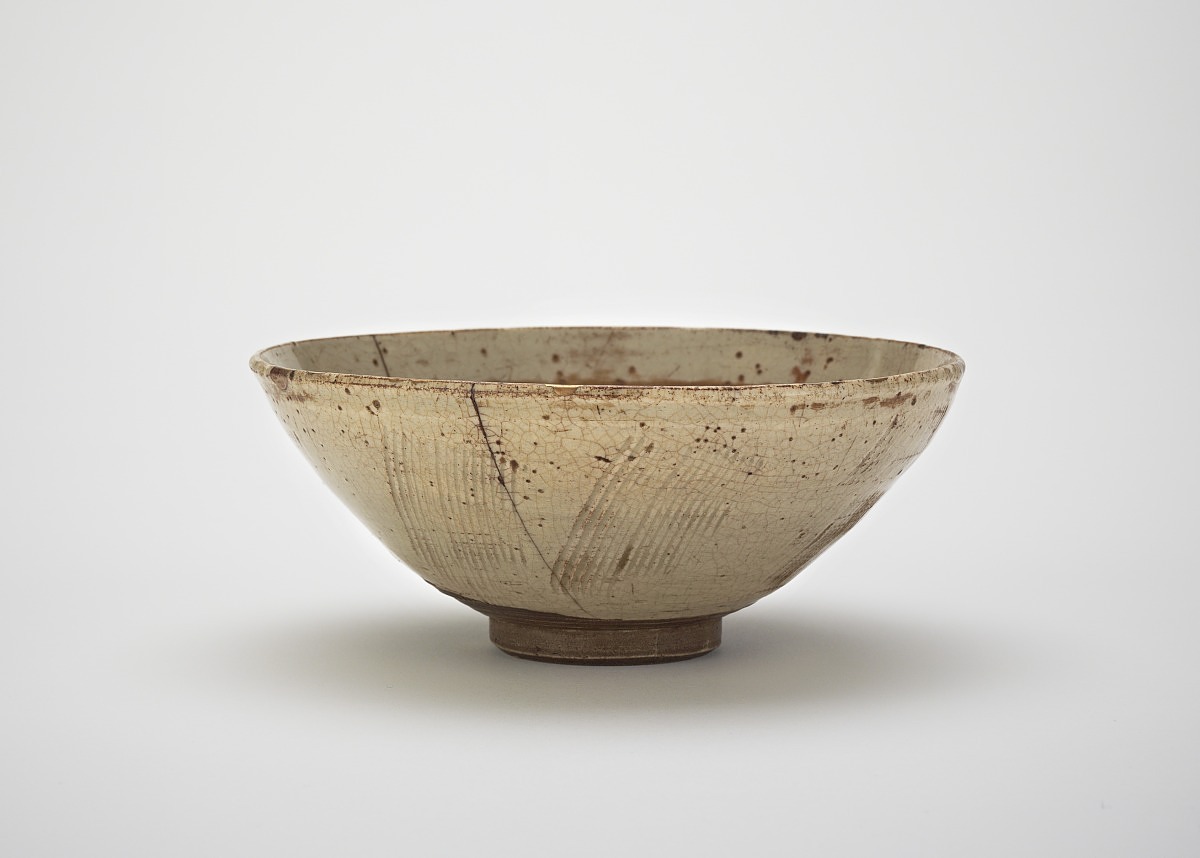 Rough bowls like this one became popular in Japan in the late fifteenth century, when rustic wares came into favor in chanoyu. This type of bowl, with combed and incised decoration under a pale green glaze, was preferred by the Buddhist monk and influential tea master named Murata Juko (1422-1502). The bowl was formerly in the collection of the Maeda family, warrior rulers of Kaga province in central Japan. It was used often, as shown by tea stains in the soft glaze. 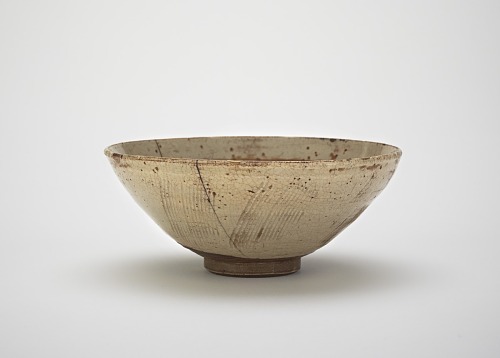 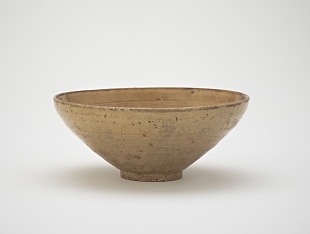