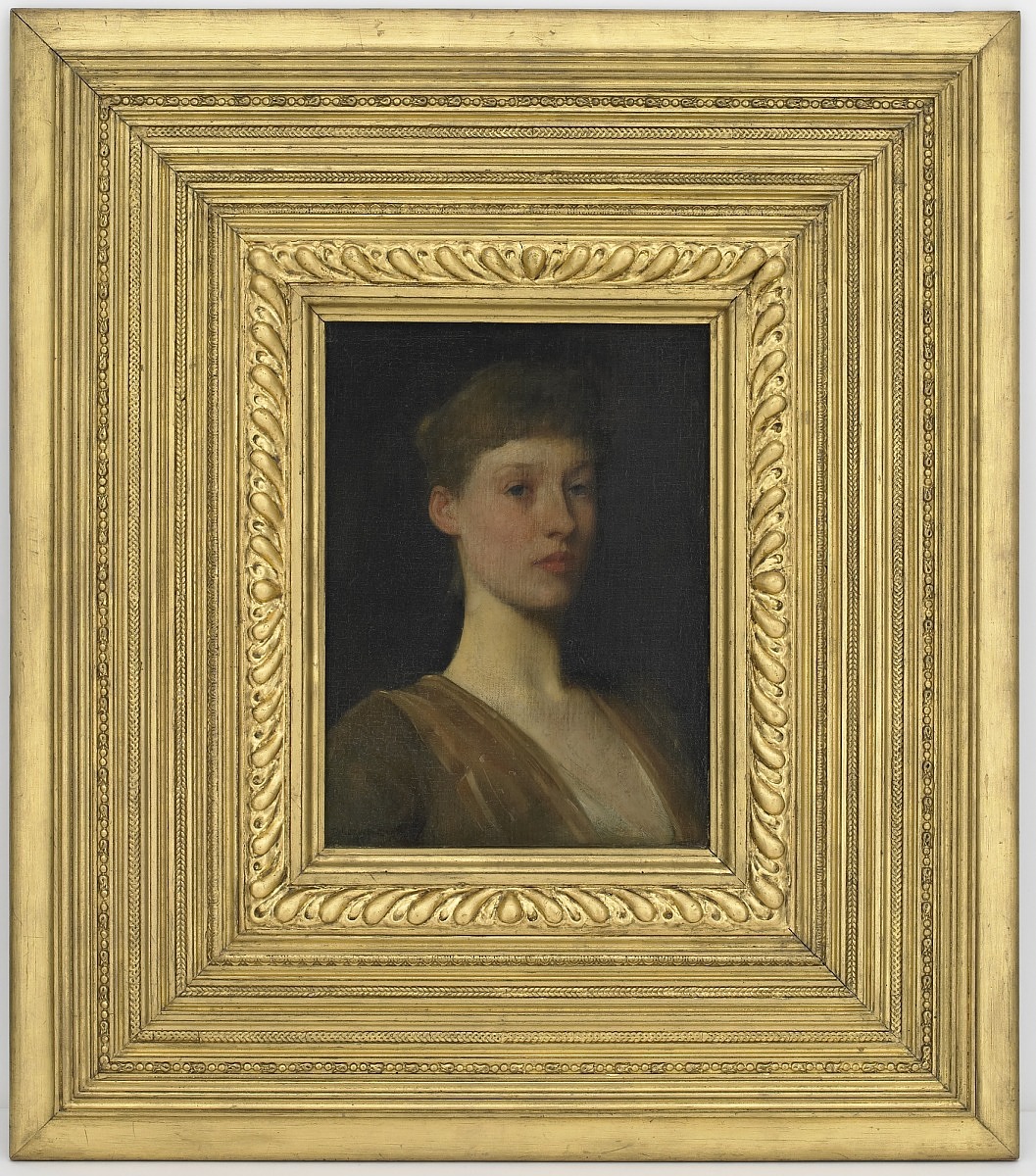 Dewing painted this picture to look like a modern masterpiece, for when Freer bought it at auction in early 1893 the painter exulted, "I am sure you have a 'Corot.'" Serious and aristocratic, the sitter could, indeed, be a fine lady, but the aura of refinement is assumed, for the "lady" was a skilled impersonator-an actress and model adept at looking "more like the real thing than the real thing itself."

An effervescent personality, "Dudie," as friends called her, was out on her own at an early age. Her father, an immigrant from Glasgow with seven children to support, often struggled to make ends meet. Even so, the family disowned their daughter when she became a showgirl. She traveled with a touring theatrical company, and as a model she merited front-page coverage in the New York Herald Tribune. Dudie survived by her wits--unmarried, a free spirit, and a prankster who never ceased to amuse the artists for whom she posed. Freer delighted in hearing about her exploits from Dewing. 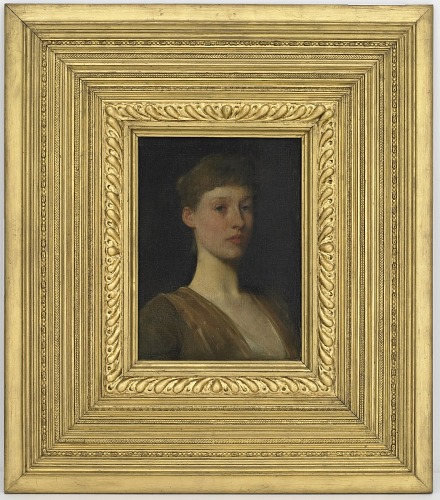 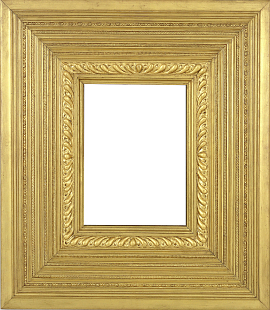