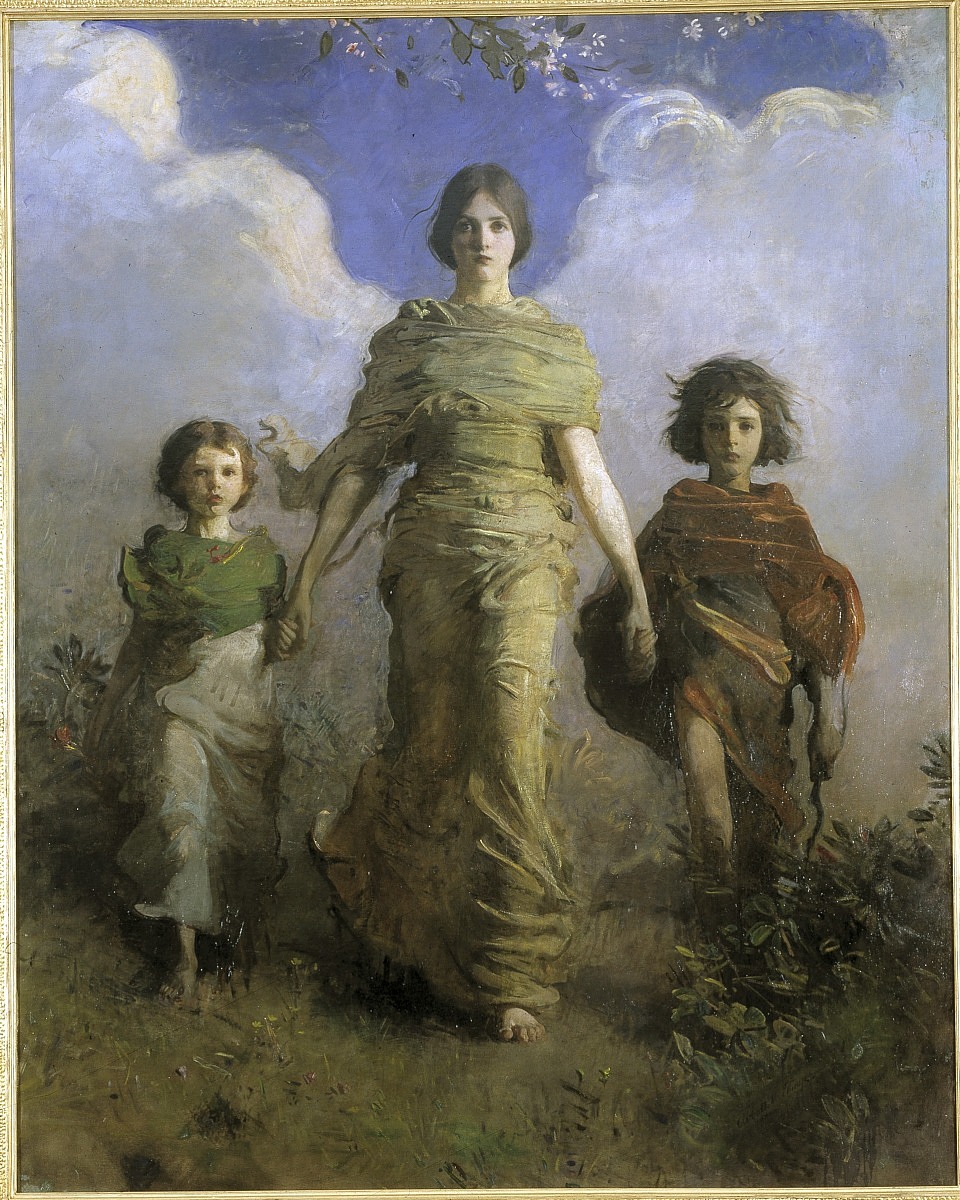 Thayer began this group portrait of his children, Gladys, Mary, and Gerald, soon after the untimely death of their mother in 1891.  He originally envisioned the central figure, Mary (who temporarily took charge of Gladys and Gerald), as Flora, the Greek goddess of flowers, but as the work progressed he decided to make her a Greek "Victory" figure instead, with clouds billowing behind her like wings.

The model for Mary's dramatic stance was a famous Hellenistic sculpture in the Louvre, the Nike of Samothrace (second century B.C.E.), known as the Winged Victory.  Thayer would have seen that sculpture while he was a student in Paris during the late 1870s, when it was reinstalled at the head of the grand staircase.  A related inspiration was the Sherman Monument, by Thayer's friend and sculptor Augustus Saint-Gaudens (1848-1907).  Commissioned in 1891 and unveiled in 1903 at the Grand Army Plaza, New York City, the monument features a powerfully winged female figure, also modeled on the Winged Victory, leading the commander of the Union army into battle.

Charles Lang Freer (1854-1919), founder of the Freer Gallery of Art, purchased Thayer's "A Virgin" in 1893 and hung the painting above the landing in the stair hall of his Detroit residence where, like the Winged Victory in the Louvre, it could be admired from various vantage points.  Freer acknowledged Thayer's visual allusion in 1910 by ordering a plaster cast of the Winged Victory to be displayed beside A Virgin in an exhibition at the University of Michigan, along with other important works on Asian and American art from his collection. 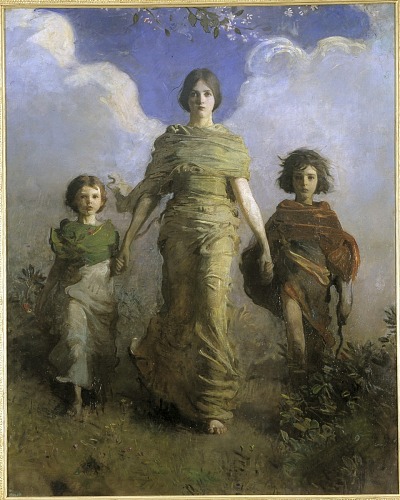 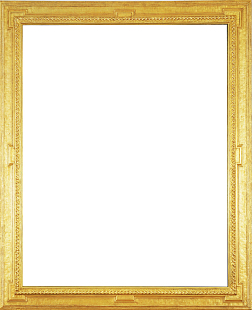