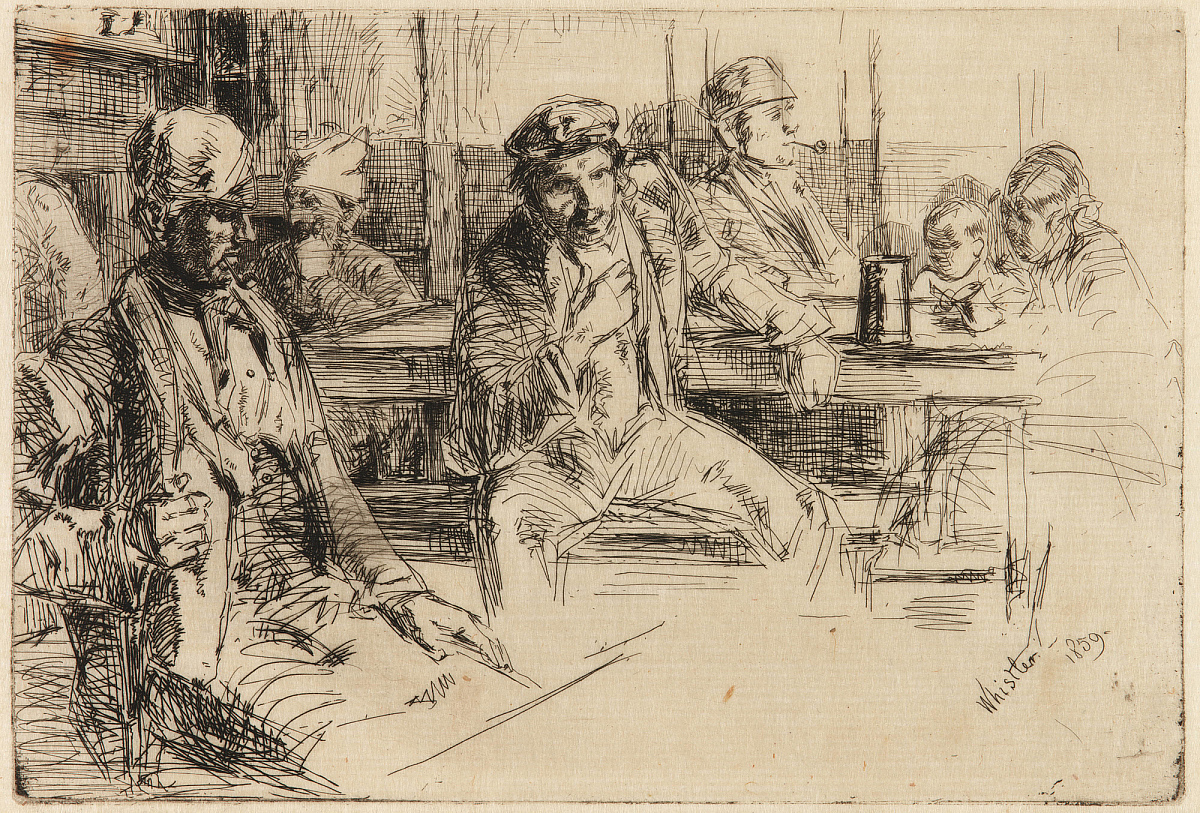 In Whistler's day, genteel people who could afford to purchase etchings generally avoided unnecessary trips to working-class sections of cities. For such people, Whistler's etchings of the Thames riverfront provided unusually intimate glimpses of what a contemporary critic described as "that class of hard-fisted, square-shouldered, solid-faced men, on whom the odour of tar and tobacco is equally important."

Whistler etchings are identified by "K" numbers as assigned in Edward Kennedy's catalogue, The Etched Work of Whistler, (New York: Grolier Club, 1910; and subsequent editions). This print is K45; first and only state.

Whistler etchings are identified by "G" numbers as assigned in "James McNeill Whistler: The Etchings, a catalogue raisonné," by Margaret F. McDonald, Grischka Petri, Meg Hausberg, and Joanna Meacock (University of Glasgow, 2012), http://etchings.arts.gla.ac.uk. This print is G52 state 3 of 4. 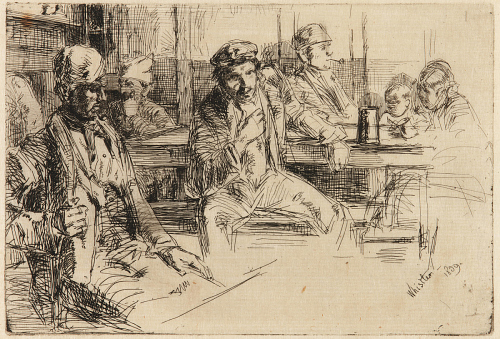 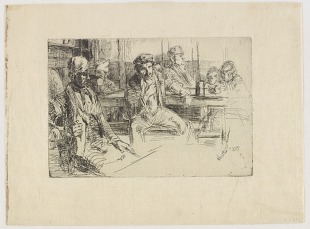