I have fond recollections of celebrating Lunar New Year in the late 1980s and early 1990s at the Tai Yim Kung Fu School, then located in Wheaton, Maryland. At Lunar New Year, our school lion dance team would visit neighboring Chinese restaurants and bakeries as well as other Chinese businesses to help bring good fortune for the new year.

The dance team consisted of nine people: two for the lion (head and tail), a drummer, two to carry the large drum, a gong player, a gong holder, and two cymbal players. The roles were rotated; I was most often the tail of the lion, a cymbal player, or a drum carrier. The ceremony would begin at the altar inside the school. While the incense was lit and the drum was played, the lion would bow at the altar before a painting of Guan Yu, flanked by photographic portraits of two past masters of the school. The lion would then exit the school, followed by the band beating their instruments. Because there were a half dozen Chinese businesses within walking distance of the school, the ceremony could continue without interruption.

On entering a business, the lion would usually bow to a statue of Guan Yu on a shelf near the entrance. The business owner would then feed a head of lettuce or cabbage to the lion. The lion would become “drunk” from the lettuce and would stagger around while “chewing” it. He would then “throw up” the shredded lettuce on the business owner and dance around, reanimated. Often, the lion would dance through the kitchen, and staff might throw firecrackers at him. At the time, Montgomery County made a special allowance for this practice.

After the ceremony ended, we would feast at a nearby Chinese restaurant! 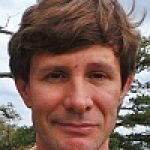 Mike Smith is an Assistant Librarian at the Library of the Freer Gallery of Art and Arthur M. Sackler Gallery. In his spare time, he enjoys trying to read Chinese martial arts (wuxia) novels.