When the Tang(tahng) dynastya series of rulers from a single family. (618–907) collapsed, a period of upheaval, rapid succession of dynasties, and multiple kingdoms followed. In the mid-tenth century, a general named Zhou(joe) Kuangyin reunified China, establishing the Song dynasty (960–1279) with himself as the first ruler, Emperor Taizu. The Song dynasty was divided into two periods: the Northern Song (960–1126), the physically larger empire, and the Southern Song (1127–1279). Overall, it was a time of stability and economic, cultural, and artistic prosperitythe state of being wealthy or successful..

Increased population, advanced agricultural techniques, and booming trade and commerce led to a thriving economy during both the Northern and Southern Song. The world’s first governmental paper money was issued in the 1120s. Despite the empire’s many successes, the state lacked the same degree of military strength that the previous Tang dynasty had enjoyed. Instead, the Song rulers took advantage of the empire’s economic strength and made large annual gifts to neighboring states to secure the peace that its armies could not. Despite the payoffs, a seminomadic people called the Jurchens eventually conquered the capital of Kaifeng(k-eye-fuhng) in 1126, bringing an end to the Northern Song. The Song court fled south and established a new capital in the city that is today known as Hangzhou(hahng-joe), beginning what is called the Southern Song dynasty.

The Song government’s relative military weakness was disturbing to many Chinese intellectuals. They developed a defensive, inward-looking strategy and became less open to adopting foreign styles and ideas. Buddhism(bood-ihz-uhm) a widespread Asian religion or philosophy founded by Siddartha Gautama in northeastern India in the 5th century BCE., for example, was to some degree rejected for its foreign origin, and the native philosophies of Confucianisma system of ethical and philosophical teaching associated with the Chinese philosopher Confucius (551–479 BCE). He developed a system of thought that stressed the importance of good government, social order, and harmonious and moral living. and Daoism(dow-ihz-uhm) a philosophy based on the ideas of the Chinese thinker Laozi, who taught that people should be guided by a universal force called the Dao (Way). experienced a strong resurgence. With the Confucian revival came a new interest in ancient culture, or antiquarianism. The Song dynasty is often called an age of protoarchaeology and a period when great collectors and connoisseurspeople who have a great deal of knowledge about the fine arts, or are expert judges in matters of visual taste. of art flourished both in and outside the court. Pre-Qin dynasty (221–206 BCE) bronzes and jades began to be collected and were imitated and reproduced in creative new interpretations. Reverence for and reference to the past became increasingly important factors in Chinese art.

Ceramics made in the Song dynasty stand out as world masterpieces. Song ceramics were supremely accomplished in terms of technical expertise, creativity, and the aesthetic harmony between the shape and glazea thin, glass-like coating made of powdered rocks, minerals, ashes, and water. Applied correctly it makes a clay body impervious after firing. The colors of glaze are determined by the mineral oxides used and various aspects of the firing conditions. of a vessela container such as a cup, bowl, pot, or dish.. The Song court favored elegant ceramics with simple and refined forms and subtle gazes, reflecting the aesthetic values and introspective atmosphere of the time (F1911.338). Alongside the simpler ceramics that suited court tastes, the popular market was extremely vibrant and productive in making ceramics with bold designs and multiple colors.

The Song court established an Imperialrelating to an empire, an emperor, or the home of royals. Painting Academy in the palace. Painters from all over the country were recruited to serve the needs of the court. The varied traditions, under the auspices of the court, blended together into a distinctive Song academic style. It valued a naturalistic and descriptive representation of the physical world. Scholar officials chosen through the civil service examination also had a major impact on the arts. They developed a style that rejected the descriptive realism of the professional and court painters, valuing spontaneity and a type of brushwork that was informed by their study of calligraphythe art of producing decorative handwriting with a pen or a brush.. Many favored painting in ink alone without color. For the scholar (or amateur) artists, painting was a means of personal expression pursued for the enjoyment of the artist and for the sharing of ideas with his circle of friends. 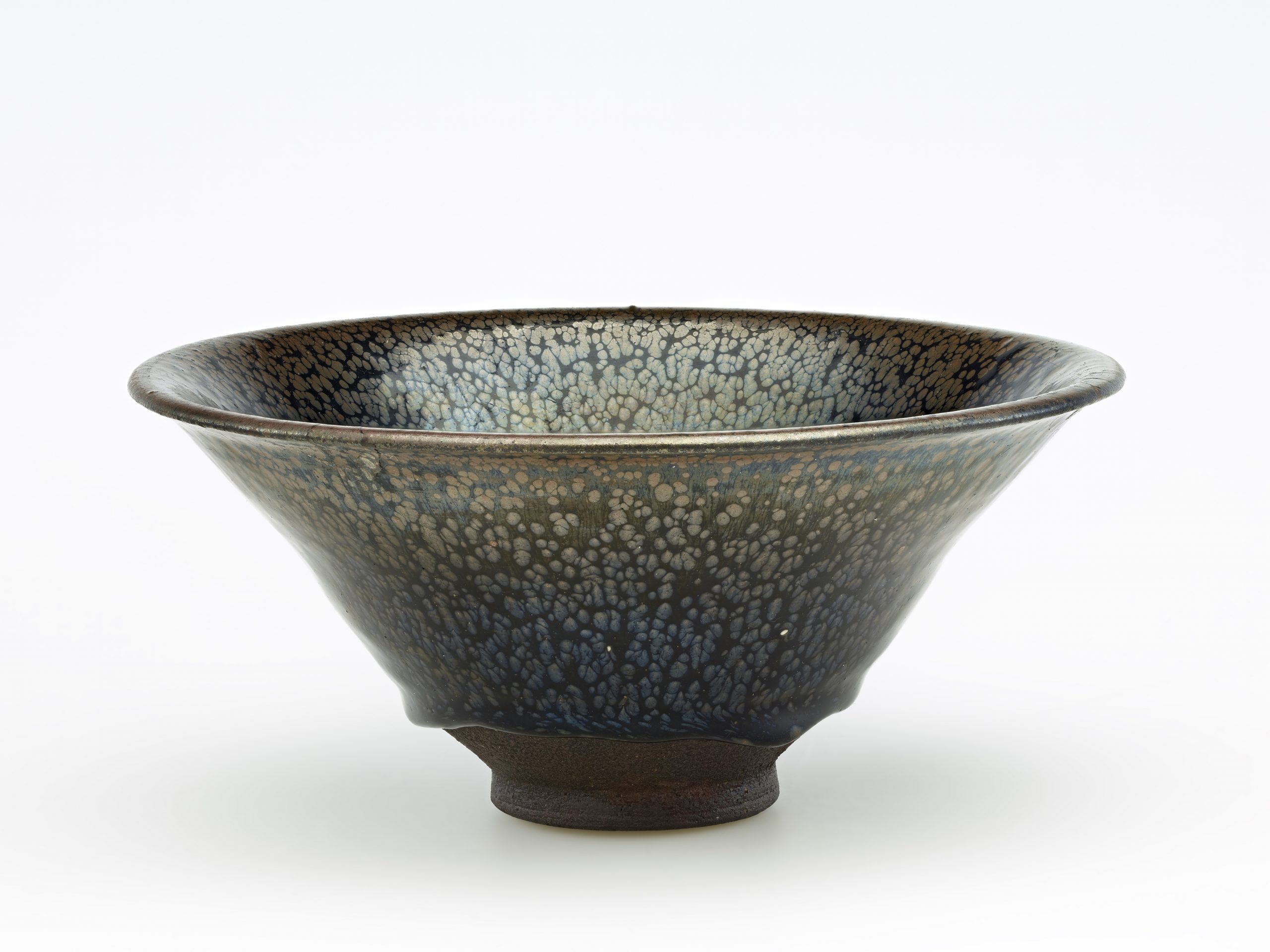 Students will be able to identify, explain, and analyze the technique behind producing the tea bowl with “oil spot” glaze and relate this work to the cultural and historical context of tea culture in the Song dynasty as well as the Song’s Commercial Revolution. 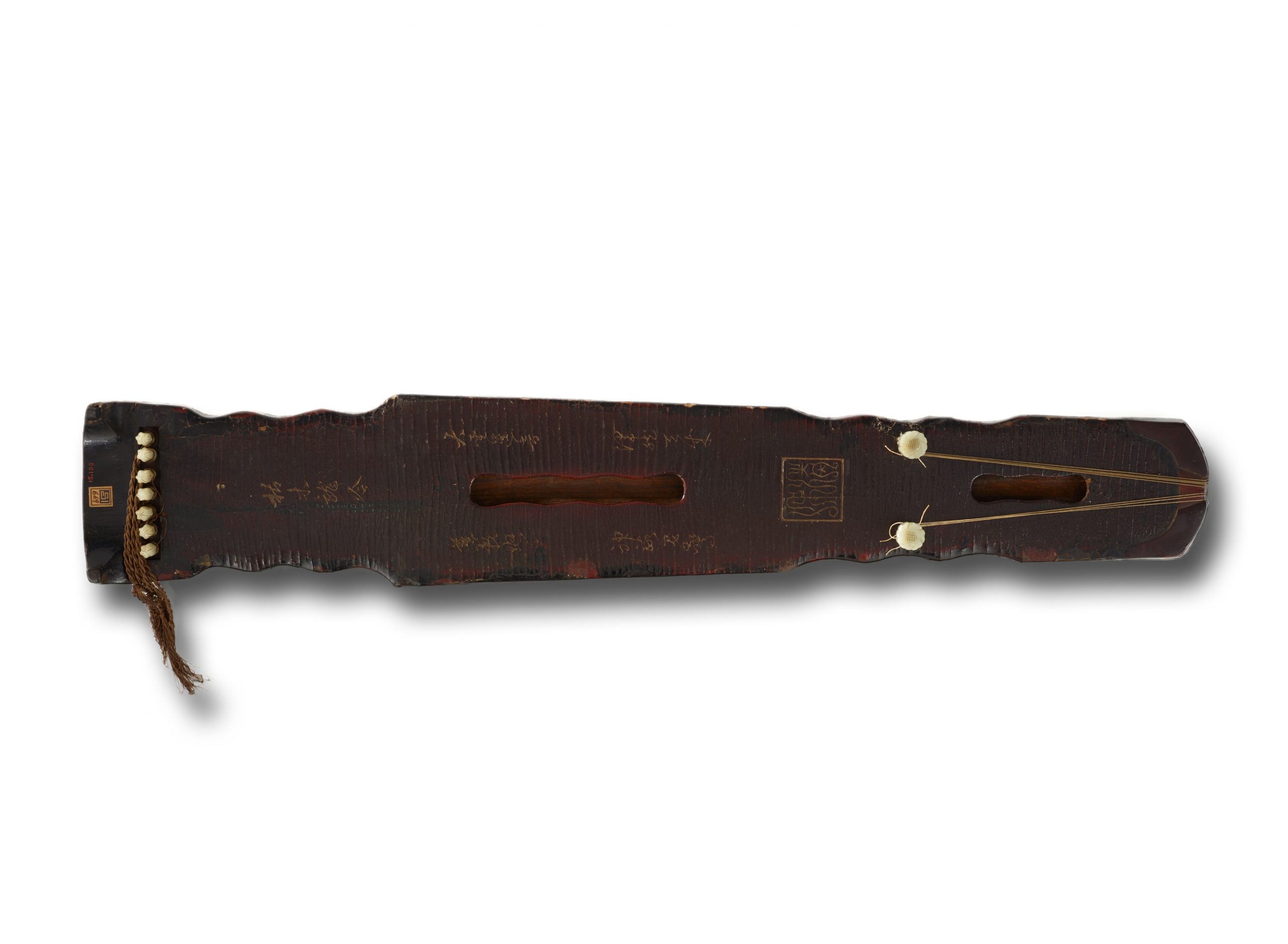 Students will be able to define the Chinese literati social class and its characteristics by analyzing a qin, a Chinese zither. Students will reflect on the profound influence the qin and other cultural traditions have left on our modern life and how we can inherit and reinvent our traditions.

Object: Nymph of the Luo River