The Shang(shahng) is the earliest dynastya series of rulers from a single family. in Chinese history that can be verified through written and archaeological evidence. Established around 1600 BCE, it was centered in north China along the Yellow River valley, the so-called cradle of Chinese civilization. This area was ruled by one centralized government—the Shang royal family. The Shang kings ruled the kingdom from the capital city. They moved their capital many times before finally settling near the modern city of Anyang(ahn-yahng), where they stayed from about 1300 BCE to 1050 BCE. The dynasty was ultimately overthrown by the Zhou(joe) people. It is clear from archaeological findings that the Shang rulers established a stable social order. Like many other societies, they did so through religion and shared rituala set pattern of behavior for a religious or other kind of ceremony. practices.

The Shang people centered their religious belief in a supreme deity, Di(dee) (Dee), who controlled the known universe. He also ruled over other spirits, including nature spirits and the ancestral spirits. The king was the only one who could communicate with Di. He did so by appealing to the royal ancestors, who were believed to be intermediaries between the king and Di. Performing divinations was one way to communicate. The king used “oracle bonesox bones or tortoiseshells used as tablets by shamans of the Shang dynasty who wrote requests on them to royal ancestor spirits, asking for guidance on important events or information about the future.”—tortoiseshells and ox scapulae—in elaborate divinationthe act of foretelling future events or revealing hidden information with the aid of supernatural powers. ceremonies. The questions for the ancestors ranged from the weather to the outcome of a battle to the selection of heir for the throne. Afterward, both the questions and answers were frequently carved onto the object used in the ritual. These inscriptions mark the beginning of Chinese written history.

The king would also make frequent sacrifices to ancestors to ensure their happiness so that they would continue to protect and bless his family and people. This began the enduring traditiona practice, skill, or talent that is passed down from generation to generation. of ancestorsomeone from whom you are descended. In Western thought, it is usually more distant than a grandparent; however, in Chinese culture, deceased parents and grandparents are considered ancestors. worship in Chinese culture. Bronzea mixture of copper, tin, and often lead that produces a strong metal. vessels played a critical role in these religious rituals. They were used to present offerings of wine and food to ancestral spirits. Wine vessels were particularly important for the Shang people, considering the number and variety of wine vessels discovered in Shang tombs. Some of the bronze vessels bear short inscriptions, usually two or three characters long, referring to a clan name and deceased ancestor. The Shang people’s love for animal designs is demonstrated by the common motifs used for Shang ritual bronzes, which included taotie(t-ow-tee-eh) a stylized monster face-mask design pattern commonly found on ancient Chinese bronzes with symmetrically arranged eyes, ears, horns, snout, and jaw. masks, dragons, birds, and other geometric patterns. Besides vessels, bronze was used to make weapons for warfare. Together with chariots that had bronze fittings, these weapons equipped the Shang military force and allowed the Shang to maintain its military supremacy. However, the primary function for bronze was probably to make tools that increased the efficiency of agriculture and food production.

Jade continued to be highly prized during the Shang dynastythe earliest Chinese dynasty verified by scholars, ruling from ca. 1600 to 1050 BCE.. Some types of jade objects first created in the Neolithic period (ca. 7000–1700 BCE), such as the bi(bee) and cong(tsong), were still produced for ceremonial purposes. Since bronze was acquiring new importance as the material for conducting rituals, however, jade was more commonly used for personal ornaments.

The Shang people left many legacies for later generations: They established the political system and dynastic succession that lasted thousands of years. The tradition of ancestor worship is still key to Chinese culture today. Finally, the artistry and workmanship of Shang bronzes and jades continue to be admired to this day. 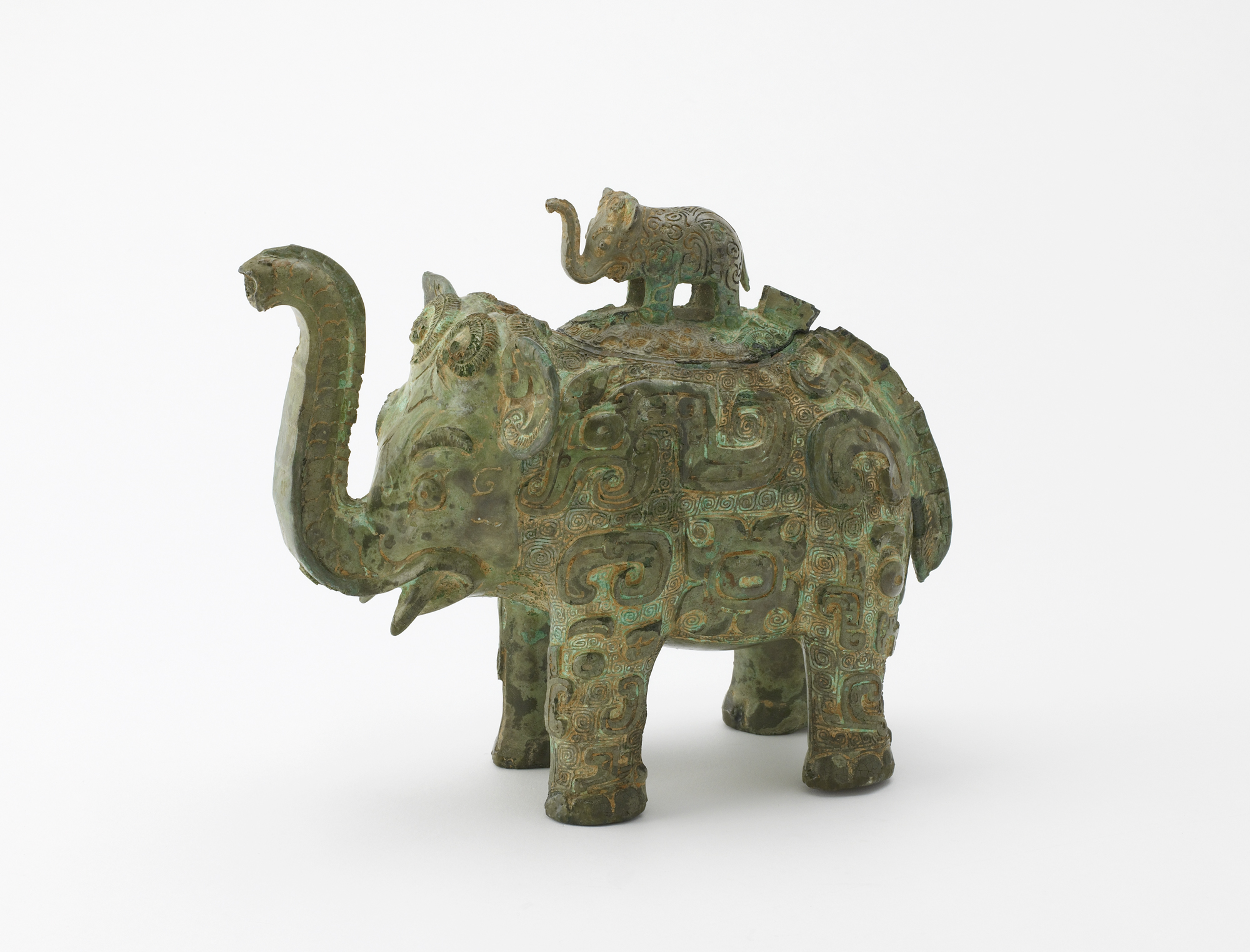 Students will be able to identify, analyze, and interpret the visual imagery of ancient Chinese bronzes.

Students will learn that objects found in tombs can provide information about Chinese civilization, including beliefs about the afterlife, aspects of daily life, social hierarchies, and artistic processes. Students will be able to explain how Chinese bronze vessels were produced, and they will create a sketch of their own bronze design inspired by an ancient Chinese example.