Capturing the imagination of students who have “seen it all” is an age-old challenge; and fitting emerging technologies into the classroom has long been a hit-or-miss proposition. With Expeditions, Google may have found the Golden Mean, and with the help of the Smithsonian’s rich collections and authoritative scholarship, the app is igniting wonder and curiosity in students around the globe.

Since its launch in May 2015, Expedition for iOS and Android has taken millions of students to exotic locals using immersive, 360 Virtual Reality imagery and Google Cardboard, and the Smithsonian has been a pioneering presence from the start. The team at Freer|Sackler’s Digital Media and Technology Department created one of a handful of Expeditions tours launched during the app’s “reveal” at the 2015 Google I/O Conference. Immersing students in the gloriously confrontational history of Whistler’s Peacock Room, the Expedition virtually whisks students from the top of the Washington Monument to the bustling streets of London, then along the tree-lined neighborhoods of Detroit; finally coming to rest in our own Freer Gallery of Art back in Washington, DC.

By 2017 Expeditions was available to the general public, and in June 2018 Google Labs launched an upgraded app, Expeditions AR; now featuring not only 360 Virtual Reality environments, but also placing life-like 3D models center-stage in the classroom through Augmented Reality. And once again, the Smithsonian is a featured partner, sharing six 3D objects captured by the Smithsonian’s Digitization Program Office (DPO) and Freers|Sackler’s Imaging and Photographic Services Department, along with narrative from curatorial staff.

Thanks to the many 3D capture projects DPO is piloting around the Institution, additional models are slated for inclusion in the near future; so standby for liftoff of Air and Space Pioneers of Flight models, and perhaps even explore the intricacies of exquisitely detailed ivory carvings from the National Museum of African Art, all from the comfort of your living room.

To experience the “wow” for yourself, install Google Expeditions on your phone or tablet, and search for Freer. Our 360 VR and 3D AR experiences will appear, allowing you to virtually embark on a journey to the Peacock Room, or, if you’d rather, augment your coffee table with artwork and artifacts from antiquity.

This post originally ran on the Smithsonian Digitization Program Office blog, 09/13/2018, and has been reposted with permission.

Posted In: Behind the Scenes 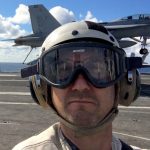 Marc is an Emerging Media Specialist in the Smithsonian Office of the Chief Information Officer. His current focus is on Virtual/Augmented Reality and 360° video production.