a technique used for casting bronzes. After a desired vessel was fashioned from clay, it was covered with an additional layer of clay that, when dried, was carefully cut away in matching vertical sections (usually three or four) to create the casting molds. The original clay model was then shaved down for the interior core, and the mold sections were reassembled around it to make the outer walls. The space between the core and outer molds was then filled with molten bronze. In many cases, the joins between mold sections appear as raised ribs on the exterior of finished bronzes. After the bronze cooled, the clay molds were broken and removed, and the vessel was polished to take away flaws and any metal that had seeped into gaps between the mold sections. 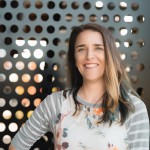