Two women at the Freer|Sackler, though quite ancient, nonetheless today impart to us their sage advice. One is named Haliphat, and she comes to us from Palmyra (in today’s Syria), where she died in 231 BCE. The other is nicknamed Miriam; she is probably a century or two older and hails from Timna (in today’s Yemen). Now on display—the former in the Freer (in the hallway adjacent to the Meyer Auditorium), and the latter in the Sackler’s new exhibition A Glimpse of Ancient Yemen—they together speak to us about the importance of saving the world’s cultural heritage in the face of human conflict and the looting of antiquities.

Both Haliphat and Miriam are funerary busts created to commemorate their subjects, the former carved from limestone and the latter fashioned largely from alabaster with stucco and bitumen. We know the name of the former given an accompanying Aramaic inscription. Miriam received her name in the early 1950s from archaeologist Wendell Phillips, who excavated her at a field site. Both tell a poignant tale of intercultural exchange and widespread international trade long ago between peoples in Asia, the Middle East, and the Mediterranean region.

Haliphat’s hometown of Palmyra, the “city of palms,” was a wealthy Roman trading center in the Mesopotamian fertile crescent. The connection between Rome, Persia, and the East is evident in her fashionable garb and jewelry. Similarly, Miriam’s town was located in what the Romans called Arabia felix, the fertile and fortunate southwestern region of the peninsula, with ports at the confluence of the Red Sea, the Arabian Sea, and the Indian Ocean. Through those ports moved incense from Arabia, spices from India, and goods from Persia, Africa, and the Mediterranean. Miriam’s depiction, originally with a gold necklace and eyes of lapus lazuli from Afghanistan, reflects the riches of this ancient transcontinental trade route.

While Haliphat and Miriam give us a wonderful glimpse into the life and creativity of ancient societies, each one has taken on a new but similar role today.

In 2014, ISIS took over large swaths of Iraq and Syria. ISIS militants quickly looted museums and historic sites of the treasures they could carry and sell to buy arms and fund their regime. They began to destroy the larger-scale evidence of the region’s history in their hyper-fundamentalist, terrorist zeal. They demolished churches and shrines as well as monumental statues and reliefs. They burned books at libraries, sledge-hammered statues in the Mosul Museum, and blew up long-standing archaeological remains at Palmyra.

Appalled by this wanton destruction, the Smithsonian scanned Haliphat and created a life-sized 3D copy. I then joined with Peter Salovey, President of Yale University, and other colleagues, including Irina Bokova, UNESCO’s Director General, and Martin Roth, Director of the Victoria and Albert Museum, to present sessions at the World Economic Forum in Davos, Switzerland. There, we highlighted the cultural destruction and looting undertaken by ISIS at Palmyra. We fabricated hundreds of miniature Haliphats and gave them to world leaders and corporate CEOs, philanthropists, and heads of cultural and scientific institutions. This way they could actually hold Haliphat and understand our message: “The future of Palmyra’s cultural heritage, and indeed the world’s history and art, is in all of our hands.” Haliphat’s beauty and grace helped convey an important chapter of history as well as the significance of preserving her and what remains of her Palmyra.

A vicious multisided civil war has raged in Yemen since 2015. It is a complex conflict, less popularly understood than the advent of ISIS in Iraq. Modern Yemen has only been unified between north and south since 1990, from which time it experienced both simmering and active conflicts. The current civil war began with the Houthi militia, a tribally based, religiously motivated, anti-Saudi, anti-American force in the northern highlands. With the concurrence of a former president and a longtime military leader, the Houthis took over the national capital of Sana’a and overthrew the government of the sitting president, who fled to his home base, the port city of Aden in the south, and enlisted loyal troops and irregulars to defend against the rebels. Saudi Arabia’s troops and its air force have supported the ousted president by attacking Houthi forces and bombing their strongholds. They’ve been aided by the United Arab Emirates, Qatar, the United States, and France. The Houthis have received support from Iran. Add to this changes in loyalties and alliances of various factions in both the north and the south, as well as military activity in the Arabian Peninsula led by al Qaida—one of the world’s most dangerous terrorist groups—and the mix is toxic and volatile.

The result of the three-year conflict has been more than 10,000 killed directly in combat, many more wounded and injured, hundreds of thousands displaced refugees, widespread famine, the outbreak of a deadly cholera epidemic, the collapse of the economy, and in many places, the dissolution of civic amenities—electricity, clean water, schools, hospitals, and the like. The United Nations estimates more than twenty million people need humanitarian assistance to survive.

The war has also wrought cultural destruction. Sana’a, occupied for more than 2,500 years, is a UNESCO world heritage site. Many of its famed thousand year-old mud towers have been destroyed by coalition bombs. Sites such as the Marib Dam, which hearkens back to the Sabbeans (the biblical kingdom of Sheba), have been severely damaged. Some claim much of the damage is “collateral.” The Saudis bombed the ancient city of Sa’dah, declaring it a military zone because Houthi forces had launched missiles targeting Saudi cities from there. Others dispute that, saying it was an attempt to wipe out regional culture and history to demoralize local populations. Some destruction is targeted. Houthi forces shelled and destroyed the museum in Taiz that housed ancient manuscripts and historical artifacts, blaming an opposing faction for using it for military purposes. Al Qaida on the Arabian Peninsula has purposefully destroyed Sufi shrines and mausoleums. UNESCO has called on all combatants to respect the 1954 Hague Convention for the Protection of Cultural Property in the Event of Armed Conflict and avoid cultural destruction.

Due to both lawlessness and desperation, looting objects from museums, libraries, and historical and archaeological sites has become more attractive. The International Council of Museums (ICOM) has published a new Red List for Yemen. The Red List is a well-known means of illustrating the kinds of objects and manuscripts that might be looted, trafficked, and illegally sold. It informs law enforcement, border patrols, and customs agents around the world to look out for objects such as those depicted in the Red List brochure or on the Red List website and to enforce their seizure and eventual rightful return.

The Red List for Yemen follows similar Red Lists for Iraq, Syria, and other world hotspots. It contains images of ancient and historical items from Yemen that reflect its pre-Islamic and diverse Muslim, Jewish, and Christian heritage. The illustrated objects are from the collections of the British Museum, the Louvre, and the Freer|Sackler, among others. On the cover of the Red List for Yemen is our own Miriam. She now speaks for safeguarding, protecting, and preserving all those artifacts and artworks that have been looted and endangered in a conflict now taking a terrible toll on the people of Yemen and their ancient cultural traditions.

Posted In: Ancient Near East 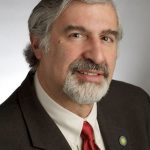